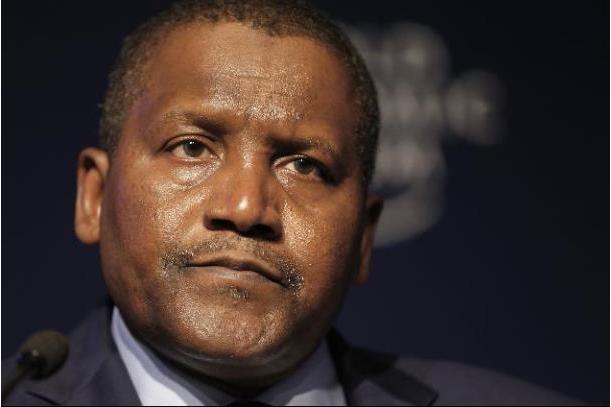 The company’s net profit rose 12 percent to N181.32 billion in 2015, compared with N159.5 billion recorded in 2014, according to an audited statement released on the Nigerian Stock Exchange on Tuesday.

Dangote Cement said revenues rose 25.6 percent to N491.73 billion in 2015, compared with N391.64 billion in 2014. The company attributed its revenue growth to higher contributions from existing operations in South Africa and Ghana as well as maiden operations in Senegal, Cameroon, Ethiopia, and Zambia.

Dangote Cement has declared a dividend of N8 per share at 73.7 percent payout ratio. The company’s shares rose 4.99 percent to N148.83 at the end of today’s trading on the NSE.

In Nigeria, Dangote Cement’s largest market, the company said a N300 reduction in cement prices helped it override the impact of the country’s economic challenges caused by falling oil prices, the devaluation of the naira, the postponement of the general elections, and a shortage of diesel fuel in April.

“In our home market of Nigeria we increased sales by 3.2% against the worst economic crisis the country has faced in many years, which demonstrates that the Nigerian market is very robust,” said Van der Weijde.

“The price reduction we announced in September was clearly very well received in the market and fourth quarter sales were 36% ahead of the same period in 2014.”

In West and Central Africa (excluding Nigeria), Dangote Cement said its operations recorded a strong performance in 2015 because new factories in Senegal and Cameroun as well as higher volumes in Ghana.

“We have not only increased revenues and profits but by successfully entering new markets, reducing our dependence on expensive fuels and further improving our corporate governance, we have very substantially de-risked the business, reduced net debt and improved the quality of our earnings,” Van der Weijde said.

“We have succeeded in new markets, proving that our business model works throughout Africa and we’ve created a strong foundation for the next wave of expansion in Africa’s exciting growth markets and beyond,” Van der Weijde said.