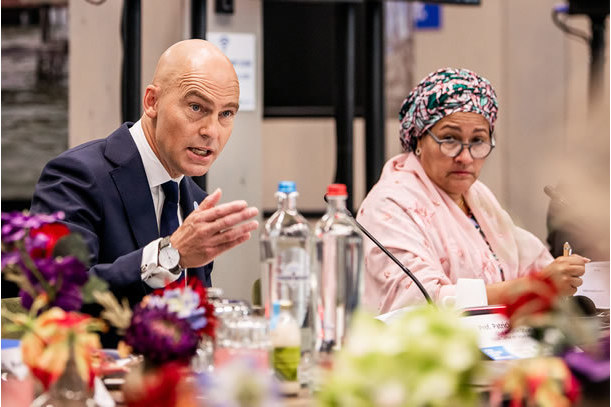 At the Africa Adaptation Summit 2022, which held on 5 September 2022 in Rotterdam, the Netherlands, global and national leaders advocated support for adaptation to climate change in Africa. Support measures recommended include financial flow from wealthy nations into key country-led adaptation programs on the continent, such as the Africa Adaptation Acceleration Program (AAAP) and its Upstream Financing Facility.

Speaking at the event, Patrick Verkooijen, CEO of the Global Centre on Adaptation (GCA) – the organiser of the summit – said a breakthrough in the delivery of adaptation in Africa is necessary before COP27, the UN conference on climate change slated for this November in Egypt.

He said Africa is “ground zero” for the global climate risk. According to him, since the risk events cannot be contained, adaptation action can and must scale speedily across the continent. During the summit, $55 million of new funding was mobilized, which is expected to catalyse over $5 billion in climate adaptation action projects for Africa.

Among the leaders who spoke at the event were President Macky Sall of Senegal; President Akufo Addo of Ghana and Chair of the Climate Vulnerable Forum (CVF); President Felix Tshisekedi of the Democratic Republic of the Congo and co-host of the PreCOP27; Danish Prime Minister Mette Frederiksen; IMF Managing Director Kristalina Georgieva; Director General, World Trade Organisation, Ngozi Okonjo-Iweala; and Deputy Secretary-General of the United Nations, Amina Mohammed.

“Africa needs to invest massively in adaptation and resilience,” said President Sall. “As Chairperson of the African Union, I urge Africa's development partners to fully fund the AAAP and make it an exemplary model of what is possible when we collaborate. This impact will be enhanced through your support to the AAAP Upstream Financing Facility and the African Development Bank's Climate Action under the ADF Replenishment. The AAAP is what delivers on the vision of the Africa Adaptation Initiative.”

The summit highlighted that Africa is warming faster than other regions of the world. The underlying socio-economic vulnerabilities of the continent also mean that nine out of ten of the world’s most vulnerable countries are in Africa, with more than a fifth of the people food insecure – an untoward situation that has been further aggravated by the Russia-Ukraine war.

“The Glasgow decision urges developed countries to collectively double adaptation funding by 2025,” said Amina Mohammed. “This must be delivered in full, as a base line. Developed countries need to provide, by COP27, a clear roadmap of how and when they will deliver on this commitment.”

The UN Deputy Secretary-General underscored that delivery on adaptation finance will be a “litmus test” for countries honouring their end of the Glasgow Pact and enjoined that COP27 would have to deliver a breakthrough on implementation for adaptation.

The five-point communique of the summit made the following points: Africa is at a tipping point and the international community needs to reckon with the multiple economic, climate and health crises that are pressuring the continent; Africa is the continent most vulnerable to climate change; adaptation financing needs to double by 2025; COP27 is an opportunity for solidarity with Africa’s adaptation efforts; and meeting the AAAP Upstream Financing Facility’s full resourcing needs by COP27 is imperative.

The GCA is an international organization working as a solutions broker to accelerate action and support for adaptation solutions in partnership with the public and private sector.