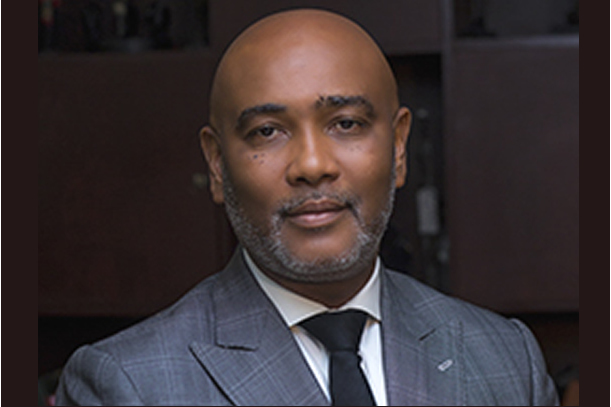 In his acceptance speech, Jemide said he would take his responsibilities as Chairman with all sense of duty.

The event held as part of activities commemorating the 60th edition of the NBA’s Annual General Conference (AGC). The conference held from August 26-29. The NBA-SBL comprises of lawyers in the business law practice area. According to a statement sent to Financial Nigeria, the section is well known for organising various knowledge sharing sessions on diverse areas of business law.

The chairmanship of NBA-SBL Council is for a two-year term. In his acceptance speech, Jemide said he would take his responsibilities as Chairman with all sense of duty. The Lead Partner at DETAIL described his journey as a longstanding member of the business law section. He is a pioneer member of the SBL.

Reminiscing on his years of participation in the section, Jemide said, “I still remember the day I called George Etomi to ask how I could be of service. I went on to serve under George Etomi as a Committee Chair, and thereafter served every other SBL Chair in various capacities – Mfon Usoro, Gbenga Oyebode, Asue Ighodalo, Olu Akpata, and Seni Adio SAN.”

He said he was re-elected to the SBL Council three times in various capacities, including as Treasurer and Vice Chairman. He also played a role as a conference planning committee Chair.

“These experiences accentuate the fact that being an SBL Chairman cannot in anyway be classified as light duty. It is a significant task and I do not take it for granted. I therefore approach this responsibility with a tinge of expectancy – hoping I can add my quota by leading a team of passionate people to nurture SBL into the future with readiness for the challenges ahead," Jemide added.

The AGM held following the elections of the professional association's national officers on July 29, 2020. The officers – which are members of the National Executive Committee (NEC) – including the new NBA President, Olumide Akpata, took their oaths of office during the NBA's Annual General Conference.

Jemide described the leadership of NBA-SBL as “hard work.” He said the section’s immediate tasks would include strengthening the institutional and governance structures of the section and building systems for SBL to increase its value proposition.

He also stated that the full composition of the Council would be announced in the next few days. The Council members, according to him, would include nominated and co-opted members. He assured NBA-SBL members that the Council composition would be inclusive.

“I enthusiastically look forward to working with the new Council, Committee Chairs, Committee Members and SBL Members in the coming days,” the new Chairman said. In conclusion, he reiterated one of his favourite quotations by Thomas Jefferson, the third President of the United States, which says: “On matters of style, swim with the current, on matters of principle, stand like a rock.’’