Ghanaian and Senegalese presidents call for improved cooperation in Africa 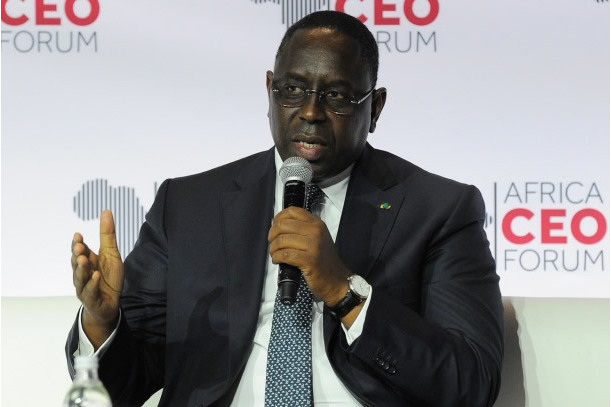 Ghanaian President Nana Addo Akufo-Addo and Senegalese President Macky Sall were participants in a panel discussion at the Africa CEO Forum in Geneva.

Two African leaders have called for more cooperation among the continent's sub-regions and countries, particularly within an emerging world order where demands for economic nationalism and protectionism are on the rise. Ghanaian President Nana Addo Akufo-Addo and Senegalese President Macky Sall were participants in a panel discussion that marked the end of the two-day Africa CEO Forum, which held in Geneva, Switzerland, on March 20-21.

The Ghanaian president decried the low level of intra-Africa trade, stating that it is the lowest on the globe. According to the World Trade Organisation, trade among African countries is at 18%, compared to 52% and 69% for Asia and Europe, respectively.

Akufo-Addo stated that much of Africa's development has been dependent on events outside the continent. For instance, economic growth on the continent has slowed since 2015 due to the collapse in commodity prices in the global commodities market. The Ghanaian president said there was a need to focus more on "what is taking place on the continent and inside our countries." He further expressed his desire to position Ghana beyond aid and charity but rather "dependent on its own resources and thinking."

Senegal’s president said there was a need for collaboration between Africa’s private sector and global investors to meet the continent’s investment needs. Both presidents advocated for the need to have free trade zones across Africa as proposed by the African Union.

Sall also denounced the characterisation of Africa's supposed role in Europe's ongoing migrant crisis. He stressed that it was in the continent's best interest that migration decreased because Africa "needs labour to succeed in its emergence."

"West Africa owes a debt of gratitude to the lucidity of Senegal's reaction to [Gambia's former] President Jammeh's decision to stay," Akufo-Addo said.

For the first time in the history of the Economic Community of West African States (ECOWAS), all 15-member countries of the regional bloc have democratically elected governments.