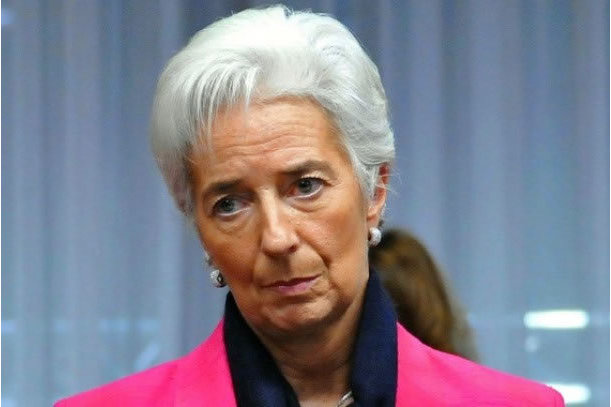 The IMF said recovery in economic activity is likely to be modest over the medium term, but with significant downside risks.

The International Monetary Fund, following the conclusion on March 30, 2016, of the Article IV Consultation with Nigeria, said the Nigerian economy is facing “substantial challenges.” IMF said lower oil prices have significantly affected Nigeria’s fiscal and external accounts, decimating government revenues to just 7.8 percent of GDP and resulting in the doubling of the general government deficit to about 3.7 percent of GDP in 2015.

IMF noted that exports dropped about 40 percent in 2015, pushing the current account from a surplus of 0.2 percent of GDP to a deficit projected at 2.4 percent of GDP. Foreign reserves also fell to $28.3 billion at end-2015. Inflation increased to 9.6 percent in January 2016, rising above Central Bank of Nigeria (CBN)’s medium-term target range of 6-9 percent. Inflation rate was 7.9 percent in December, 2014.

The IMF said exchange restrictions introduced by the CBN to protect reserves have impacted significantly segments of the private sector that depend on an adequate supply of foreign currencies. The statement further said growth slowed sharply from 6.3 percent in 2014 to an estimated 2.7 percent in 2015, weakening corporate balance sheets, lowering the resilience of the banking system, and likely reversing progress in reducing unemployment and poverty.

The IMF said recovery in economic activity is likely to be modest over the medium term, but with significant downside risks.

“Growth in 2016 is expected to decline further to 2.3 percent, with non-oil sector growth projected to slow from 3.6 percent in 2015 to 3.1 percent in 2016 before recovering to 3.5 percent in 2017, based on the results of policies under implementation - particularly in the oil sector - as well as an improvement in the terms of trade,” IMF said.

The IMF acknowledged the policy agenda of President Muhammadu Buhari for enhancing transparency, strengthening governance, improving security and creating jobs to be positive. But the IMF advised on the importance of implementing urgently a coherent package of policies, in consultation with Fund staff and development partners, to safeguard fiscal sustainability and reduce external imbalances, and advancing structural reforms to support inclusive growth.

Other cocktail of policies advised by the IMF include gradual increase in the rate for VAT; improvement in the regulatory and supervisory frameworks to enhance resilience of the financial system; lowering interest rate spreads and increasing efficiency to enhance credit growth, especially for small and medium enterprises; and implementation of structural reforms to enhance competitiveness and support investment.