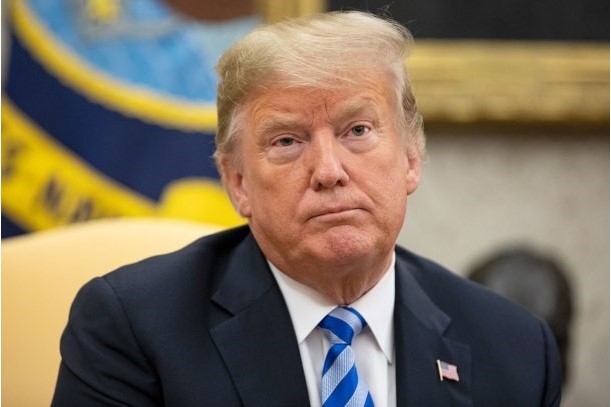 CGD's Gyude Moore and Michael Clemens said the US immigration visa bans are unlawful and they negate US policy objectives.

Policy experts at the Washington DC-based think-tank, Centre for Global Development (CGD), Gyude Moore and Michael Clemens, have criticised the United States immigration visa bans on some African countries, saying the bans are unlawful and they negate US policy objectives.

On Friday, the administration of President Donald Trump announced that citizens of four African countries, namely Nigeria, Eritrea, Tanzania and Sudan, will be included in an expanded US travel ban, along with two Asian countries.

Specifically, Nigerians and Eritreans will no longer be issued American immigrant visas; and Tanzania and Sudan were banned from participating in the US "diversity visas," also known as the visa lottery scheme, according to the Department of Homeland Security. Citizens of Asian countries – Myanmar and Kyrgyzstan – have also been blocked from obtaining the US immigrant visa.

The new restrictions are an expansion of a previous ban that restricts, although to varying degrees, entry from seven countries: Iran, Libya, Somalia, Syria and Yemen, Venezuela and North Korea.

In a statement sent to Financial Nigeria, CGD’s Moore, a former high-ranking government official in Liberia, said: “The Administration’s expanded travel ban now affects close to a quarter of the population of the African continent. Less than a year after the US government unveiled its new US-Africa trade policy, Prosper Africa, nationals of Nigeria, the continent’s largest country and economy, are being banned from visas that may lead to permanent residency in the US."

The Trump administration said the visa bans were designed to “tighten security for countries that don’t comply with the US minimum security standards or cooperate to prevent illegal immigration.”

However, CGD's Clemens, a renowned migration economist, said: “The law of the United States, for the last 55 years, has required that ‘no person shall receive any preference or priority or be discriminated against in the issuance of an immigrant visa because of the person's race, sex, nationality, place of birth, or place of residence.’” He added: “The current US Administration has effectively nullified the law by restricting the issuance of some types of visas to people from an ever-growing grab-bag of countries it dislikes.”

Clemens said those countries are “chosen opaquely and arbitrarily” and with prejudice in line with “the White House’s previous assessment regarding ‘shithole countries.’”

Moore added that while countries such as China, Russia, and recently the United Kingdom are ramping up their presence and investment on the African continent, the US appears to be retreating. He said ahead of the African Continental Free Trade Area (AfCFTA) becoming operational in July, Chinese, Turkish, Russian, and British firms, backed by their governments, are staking positions in Africa, a continent that will define the future of the global economy.

“One hopes that the United States, which remains Africa’s top development partner, would follow suit and fully engage with the continent – but that hope fades as the US continues to push more and more African nationals away,” Moore stated.

"Nigeria remains committed to maintaining productive relations with the United States and its international allies, especially on matters of global security," Femi Adesina, Special Adviser to the President on Media and Publicity, said in a statement.