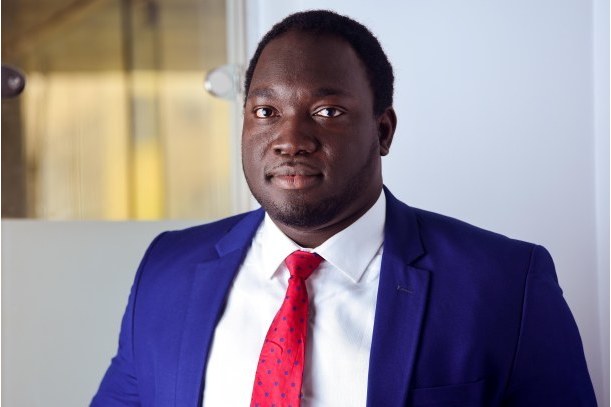 AFEX has over 126 warehouses in Nigeria with a storage capacity of 314,000MT.

As part of the expansion, AFEX Fair Trade Limited (AFTL) has launched a $1 million loan program that will allow farmers to gain access to seed and fertiliser for their crops, to mitigate ever-rising commodities prices. Under the program, five thousand Kenyan farmers will be able to take out input loans to access timely inputs and gradually scale their businesses, AFEX said in a statement.

AFEX said the expansion is part of its broader pan-African growth targets and will allow the company to replicate its success in Nigeria in securing better livelihoods for smallholder farmers and enable seamless access to pan-African commodities trading across the continent, while bolstering the continent's food security.

As of November 2021, analysts estimate 7.9 million people in Kenya lacked sufficient food for consumption, which represents 15.4 percent of the country’s population. AFEX said it is bringing its depth of experience, and unique storage and distribution solutions to Kenya, with a goal of trading over 500,000 metric tonnes of agricultural commodities by 2025.

AFEX enables farmers to participate in market opportunities through its platform WorkBench. The platform allows farmer transactions with AFEX's network of warehouses to be executed and recorded, supporting seamless trade across the eight warehouses currently operational in Kenya. AFEX Kenya’s new 14-strong team is headed by Managing Director, Tabitha Njuguna, who oversaw its successful pilot phase, during which time maize was the main commodity traded. There are plans to add rice, sorghum, and coffee to the exchange in the coming months.

In Uasin Gishu County, in the North Rift region of Kenya, AFEX identified a number of challenges for local producers, including access to affordable storage facilities, which meant many farmers storing their crops at home. Additionally, despite a high level of mechanization, as well as relatively expansive land holdings, producers find themselves cut off from opportunities to sell their produce, often relying on middlemen. AFEX launched its Kenyan pilot operations in the last quarter of 2021, and has already recorded significant results, with over 4,000 metric tonnes of commodities traded and an estimated 7,100 served by AFEX.

The Kenya expansion signals AFEX’s infrastructure commitment across the continent as it exports its business model to key strategic locations. In addition to Kenya, AFEX plans to expand to Benin, Togo, Ghana, Côte d’Ivoire, Tanzania, Ethiopia, Uganda, and Zambia within the next 10 years. Having built itself from the ground up in an agricultural sector widely perceived as one difficult for businesses to operate in, AFEX is anticipating strong growth and significant measurable impact in Kenya’s relatively more developed agricultural sector. Kenyan farmers have, on average, larger holdings than their Nigerian counterparts, in addition to better developed storage and distribution facilities, according to a statement by AFEX.

Ayodeji Balogun, CEO at AFEX said, “This is one of the most dynamic commodities markets in the world and we are excited to work with Kenyan farmers to help them scale their operations. We are acutely aware that increasing food production is futile without an efficient and robust warehousing system to underpin commodities trading, and that technology is key to developing the whole agriculture space in Africa in the coming years.

“I started my career building capital markets in East Africa and understand the challenges of a fragmented supply chain, inefficient price structures and market volatility. We’ve been massively encouraged by what we’ve seen since our pilot phase rolled out with thousands more farmers experiencing productivity, value capture and access to structured mechanisms for commodity trading in Kenya. With our experience of helping farmers to directly access markets, we're uniquely positioned to help Kenyan farmers contribute to their national food security while ensuring sustainable development for future generations.”

AFEX works closely with smallholder farmers and has provided support to over 350,000 farmers across major grain-growing states in Nigeria. AFEX has over 126 warehouses in Nigeria with a storage capacity of 314,000MT. Since its launch in 2014, AFEX has committed to levelling-up Africa’s agro-tech sector. By bridging the gap between Agro-processors and investors, AFEX boosts food security and makes food production more efficient.