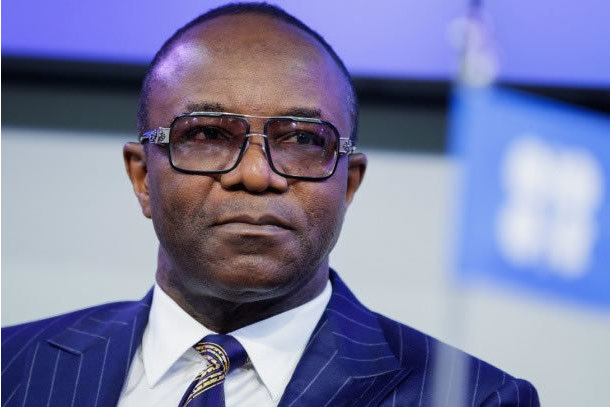 OPEC members given individual allocations under the production agreement maintained high collective compliance at 145% for February and 114% over the course of the deal.

A continued collapse in Venezuela's oil industry to a historic low, and field maintenance that dropped UAE output to almost two-year low, drove down OPEC's crude oil production to 32.39 million barrels per day (bd) in February, according to an S&P Global Platts survey released Tuesday.

That is a 70,000 bd decline from January, even as Libyan and Nigerian production hit multi-year highs in their recovery from civil unrest, the S&P Global Platts review of analysts, industry sources and proprietary data found.

The February output figure was 340,000 bd below OPEC's notional ceiling of about 32.73 million bd, when every country's quota under its production cut agreement is added up.

The cuts, which began January 2017 and are scheduled to run through the end of this year, are aimed at rebalancing the market by inducing draws of barrels held in storage.

Venezuelan production, which has been in free-fall as the country struggles with a host of economic and financial afflictions, slumped by another 70,000 bd in February. Survey respondents cited state oil company PDVSA's difficulties in securing diluent and other chemicals needed to pump crude, keeping its refineries operational and maintaining deteriorating infrastructure.

Analysts expect further declines, which could be exacerbated if the U.S. imposes additional sanctions that hamper PDVSA's ability to export crude, import diluent or refinance its debt, as the administration of President Donald trump is believed to be considering.

UAE production, meanwhile, fell 60,000 bd in February to 2.80 million bd, its lowest since March 2016, according to survey archives, as industry sources said maintenance on key export grade Murban impacted output during the month.

Country officials have in recent months announced a series of allocation cuts for customers of Murban and other grades, due to seasonal maintenance, including a 25% reduction for Murban cargoes loading in March and April.

Murban and Das Blend allocations were lowered by 20% for February, while Upper Zakum volumes were cut 10%.

Libya, which has been rebuilding its oil industry from devastating domestic turmoil that still sparks sporadic attacks by militant groups on fields, pumping stations, pipelines and other facilities, boosted production to 1.03 million bd in February, the highest since June 2013, the last month it was above the 1 million bd mark, according to survey records.

The country saw the Wintershall-operated As-Sarah oil field return to service in late January, adding some 55,000 bd of production throughout February, although the 74,000 bd El Feel, or Elephant, field was shut in by militants starting February 23.

Nigerian production rose to 1.95 million bd, the survey found, its highest since October 2015, as key grade Bonga, which was shut down for repairs on a pipeline system in the last half of January, came back online, although at reduced rates.

Nigeria and Libya had been exempt from the OPEC production cut agreement until this year, when they were given an unofficial combined cap of 2.80 million bd.

Their February combined production of 2.98 million bd is well above that limit, although Libyan officials have said their industry remains vulnerable to disruptions, while Nigeria has disputed various calculations of its output by the independent secondary sources that OPEC uses to monitor production, including S&P Global Platts, saying they include condensate.

S&P Global Platts counts all Nigerian grades marketed as crude in its calculation of the country's output for the survey.

Besides Libya and Nigeria, the other 12 OPEC members given individual allocations under the production agreement maintained high collective compliance at 145% for February and 114% over the course of the deal, according to S&P Global Platts calculations.

Compliance has steadily improved due in large part to Venezuela's contraction, as the country's falling production has it actualizing 222% of its required cuts.
OPEC kingpin Saudi Arabia produced 9.98 million bd in February, according to the survey, down from 9.99 million bd in January, with exports remaining relatively flat despite some refinery maintenance.

Saudi Arabia has cut the most of all its OPEC brethren in terms of barrels -- an average of 570,000 bd since the deal began -- achieving 117% compliance, according to S&P Global Platts survey data.

Second largest producer Iraq has exceeded its target by the most in OPEC -- about 74,000 bd since the deal began -- with its compliance level a mere 65%.
Iraq increased output to 4.43 million bd in February, the survey found, as fields in the Kurdistan region in the north saw greater pumping, more than offsetting a drop in exports from the southern port of Basra due to weather conditions, which may not indicate an actual fall in production, sources said.

Iran, OPEC's third largest producer, pumped 3.83 million bd in February, flat from the previous month, the survey found. That is 30,000 bd above its cap under the deal.

The production cut deal calls on OPEC and 10 non-OPEC allies, led by Russia, to cut a combined 1.8 million bd.