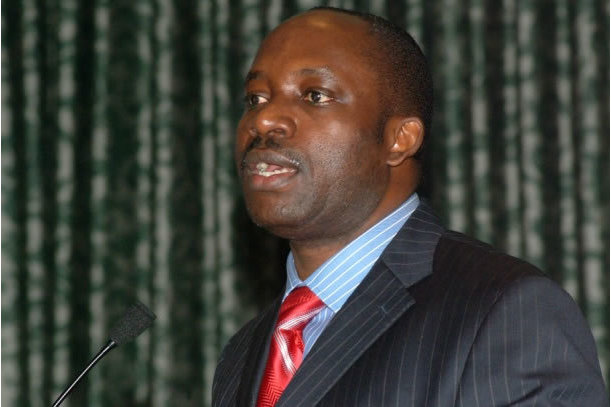 Soludo said the first step in the process of unifying Nigeria’s multiple exchange rates is to eliminate the 41 items banned from receiving forex.

A former Governor of the Central Bank of Nigeria, Chukwuma Soludo, said today that the apex bank needs to eliminate its multiple exchange rates to allow the economy recover fully from recession.

Speaking during an investors conference organized by Renaissance Capital in Lagos, Soludo said that if the current foreign exchange regime remains, Nigeria’s economic recovery will only be tepid.

“While we commend the CBN for taking some steps forward, they have only taken 10 steps forward after previously taking 100 steps backward,” Soludo said. “The CBN needs to stop playing politics with the FX rates and create a competitive real effective exchange rate for the economy. So far, the bank has been using a fire-fighting approach with all the windows it has been creating for SMEs, investors, BDCs, etc.”

The first step in the process of unifying Nigeria’s multiple exchange rates is to eliminate the 41 items banned from receiving forex, Soludo said.

“You can’t unify the FX market with those policies. Instead of banning products, the government should impose tariffs and the exchange rate dynamics will make those goods uneconomical. But when you have varying windows, the system cannot operate like this,” the former CBN Governor said.

On the recently released Economic Reform and Growth Plan (ERGP), the Soludo said sustained macro-economic stability is critical for the success of the plan.

“The ERGP plans to raise Nigeria’s debt-to-GDP ratio from 11 to 15 per cent, but most of that borrowing will be used to finance the government’s recurrent expenditure. This is not sustainable,” said Soludo. “The composition of the government’s spending must be transformed.”

In his comments, Charles Robertson, Rencap’s Global Chief Economist, said the recent collapse in commodity prices has not resulted in the same economic pain as in the 1980s when the economy shrank by 10 per cent. He said Nigeria’s GDP has fallen by only 1 per cent at its worst point.

“Indeed, the IMF expects Nigeria to demonstrate the third best growth acceleration of any frontier market in 2017, and then to repeat this improvement in 2018. Meanwhile countries like nearby Ghana are expected to show 9%+ growth in 2018 – among the highest in the world,” Robertson said.