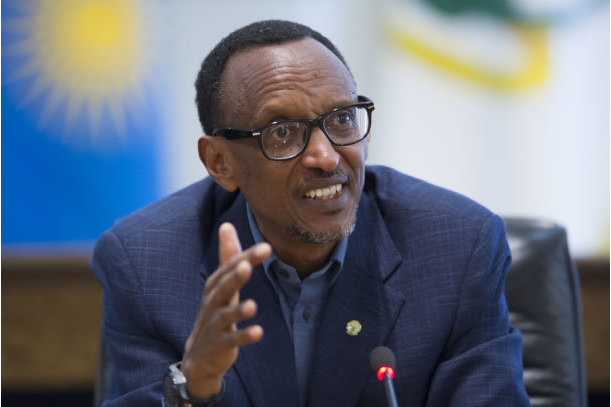 The aim of the UN Food Systems Summit is to deliver progress on all 17 of the SDGs through a food systems approach.

Leaders from across Africa called for countries at the United Nations Food Systems Pre-Summit in Rome to transform food systems by prioritising women and youth. They said initiatives could unlock the vast potential of the continent, especially those that empower youth and women.

The UN Food Systems Summit was announced by the UN Secretary-General, Antonio Guterres, on World Food Day last October as a part of the Decade of Action for delivery on the SDGs by 2030. The aim of the Summit is to deliver progress on all 17 of the SDGs through a food systems approach, leveraging the interconnectedness of food systems to global challenges such as hunger, climate change, poverty and inequality.

“Anything we do must always include those at the centre of our food systems: smallholder farmers, indigenous peoples and especially women and youth,” said the UN Deputy Secretary-General Amina J. Mohammed during her closing remarks. “Just as food brings us together as cultures and communities, it can bring us together around solutions.”

Amongst current and past African leaders who spoke at the summit was Rwandan President Paul Kagame. He called for increased investment for African women farmers to access the productive resources they need. He also announced a common position for Africa, aligned with the continent’s Agenda 2063 and the Sustainable Development Goals, based on five key actions including nutrition-centred food policies, supporting local markets and food supply chains as well as increasing agricultural financing and expand social safety net programmes.

Women account for around 40 per cent of agricultural labour in developing countries, including in many across Africa, yet are often found to own less land, have less access to resources and fewer financial services than men.

“It’s one of the key issues that we have to grapple with: how to support women smallholder farmers, how to make sure they actually have the productive resources that they need to transform food systems, how to ensure they actually have right to the land that they cultivate,” said Dr. Jemimah Njuki, Director for Africa at the International Food Policy Research Institute and led work on the Summit’s lever of change on gender.

Speaking in the Pre-Summit session “Bold actions for gender equality and women’s empowerment in food systems”, Thoko Didiza Minister of Agriculture, Land Reform and Rural Development in South Africa, said: “This summit addresses the critical issue of women inclusion in economy globally.” She went on to add that “an essential intervention in gender diversity drive is increasing the access to land for women.”

Their feelings were also echoed by Sabrina Dhowre Elba, the UN Goodwill Ambassador for the International Fund for Agricultural Development (IFAD) who explained: “There are 1.7 billion rural women and girls in the world - more than one-fifth of all humanity. It is unacceptable that they make up almost half the agricultural labour force, yet they are more likely than men to live in poverty and hunger.”

Youth was also a priority for many African nations as the continent is facing a major demographical challenge, where, by 2050 it is expected to double its population, from 1 billion to nearly 2.4 billion inhabitants and more than half of the population will be under 25.

Hailemariam Desalegn, Former Minister of Ethiopia said: “We need young people to innovate and this is an opportune moment for our young people given the demographics structures that we have in the globe and especially in Africa where youth is 70% of the population. There is nothing like food systems transformations without putting the young people at the centre of the process.”

Youth leaders also had a strong representation and voice at the Pre-Summit.  “Throughout the whole year, the youth have had an outstanding contribution towards the Food Systems Summit process,” said Victor Mugo, youth leader from Kenya. The youth have led from the front and are actually exemplifying that we are not the leaders of tomorrow, we are the leaders of today.”