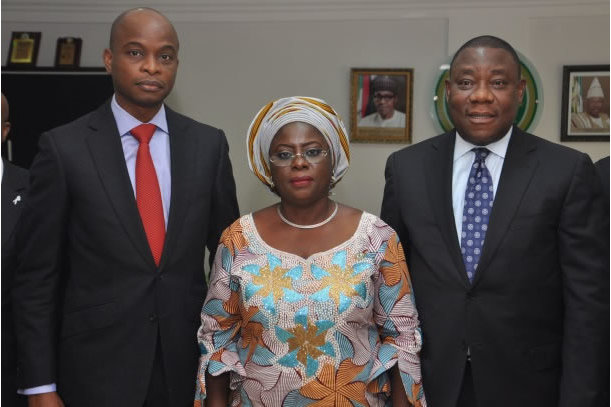 Union Bank said the donation is part of its corporate social responsibility programme.

Union Bank of Nigeria Plc has donated two Hilux vehicles to the Ogun State Board of Internal Revenue to assist the agency in its efforts to boost internally generated revenue (IGR) for the state.

The bank's Executive Director, Commercial Banking, Mr. Adekunle Sonola, who presented the vehicles at the state secretariat in Oke-Mosan, Abeokuta, expressed support for Governor Ibikunle Amosun's drive towards enhancing IGR in the state.

Governor Amosun was represented on the occasion by the state Deputy Governor, ‎Mrs. Yetunde Onanuga.

Union Bank said the donation is part of its corporate social responsibility programme.

In his remarks, Amosun said the state government would seek for more private sector partnership in realising its set objective by supporting its revenue drive to reduce dependence on the dwindling federal allocation.

The governor appreciated the Union Bank management for partnering with the state government, explaining that the donation would open a new dawn of revenue drive for the state.

"We want to thank the bank for previous support. You have been so supportive for our mission to rebuild. These vehicles will indeed enhance our revenue generation for the state," he added.

Amosun, who described the bank's donation as "a starting point," said he looked forward to more social and economic relationship with the state government from the bank.

He lauded the chairman of the state Internal Revenue Service‎, Mr. Kunle Adeosun, for his ingenuity at facilitating a working relationship between the government and the financial institution.