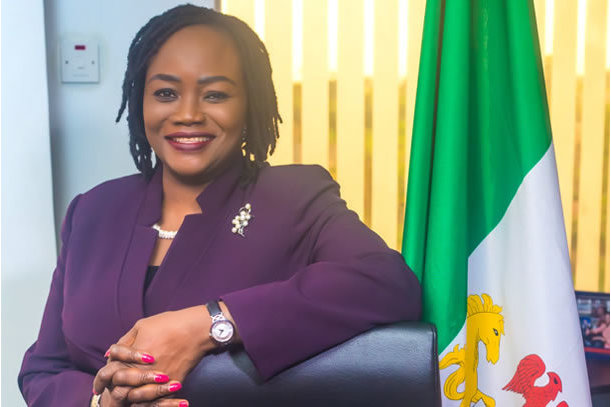 The Thomas F. Gilbert Distinguished Professional Achievement Award recognises those who have made significant contributions to the field of Human Performance Technology.

Dr. Lucy Newman, Managing Director and Chief Executive Officer, Financial Institutions Training Centre (FITC), has been chosen as the recipient for the prestigious Thomas F. Gilbert Distinguished Professional Achievement Award by the United States-based International Society for Performance Improvement (ISPI). According to a press statement released by FITC on Friday, Newman has been formally notified by the President of the ISPI, Scott Casad.

Named after American psychologist and the founder of the field now known as Human Performance Technology (HPT), the award recognises those who have made outstanding and significant contributions to the knowledge and practice of HPT. Newman, who is expected to serve out her second term as MD/CEO of FITC in early May 2019, is a Certified Performance Technologist (CPT) – a certification given by the ISPI to individuals who are results-driven and who have the ability to systematically identify and remove barriers to performance.

According to FITC, the award will be bestowed on Newman at an ISPI Annual Awards Luncheon in April 2019 in the US. She will be the first person to receive this award from outside North America and also the youngest recipient of the award since its inception in 1991.

"As she receives this award, members and stakeholders of ISPI in over 50 countries outside North America, will likely identify with her and be pleased," FITC said. "FITC is an Institutional Member of ISPI. Over this period, the Nigeria Deposit Insurance Corporation (NDIC) and the Central Bank of Nigeria (CBN) also became Advocates of ISPI, in support of Dr. Newman’s tenure on the Global Board of ISPI from 2012-2014."

Newman was selected for the award based on strong recommendations from the ISPI Awards Entries Review Committee, followed by a unanimous decision by the ISPI Global Board, according to the FITC statement. She joined ISPI as an International Member in 2000 and got certified as a CPT in 2008. She was then invited to join the 10-person International Task Force, created by ISPI Board in the same year, to plan the group's global expansion.

She became a Life Member of ISPI in 2009 and was the first elected International Director on the Global Board of ISPI that was neither North American nor European, in which role she represented ISPI members in 48 countries outside the United States between 2012 and 2014. Founded in 1962, the ISPI is the leading international association dedicated to improving productivity and performance in the workplace. The group represents Performance Improvement professionals (PIPs) in over 50 countries, including the US and Canada. At the Awards Luncheon, Newman will be given a chance to respond to an audience of over 2000 PIPs.

Over the course of her distinguished career, Newman has also been bestowed several honours for her work. She was conferred with Fellowship of the Nigerian Institute of Management (NIM) in 2012. During Dr. Newman's two terms of five years each at FITC, FITC has received several awards and recognitions, locally and internationally. Among these recognitions is the Great Place to Work (GPTW) Award, which FITC received in 2012 and 2015.

FITC has, under Newman, continued to provide premium quality training, consulting and research services to the players in the financial services sector and related industries within Nigeria and increasingly across Africa. Owned by the CBN, NDIC and all licenced banks, the firm promotes the practice of good corporate governance in the financial services sector, while also bridging knowledge gaps in the industry.

FITC, now over 38 years in existence, has recorded over 65,000 participants on its programmes, of which 6,900 have been directors of banks and other financial institutions, as well as numerous thought leadership publications and high-impact consulting projects executed for its stakeholders and the financial sector.