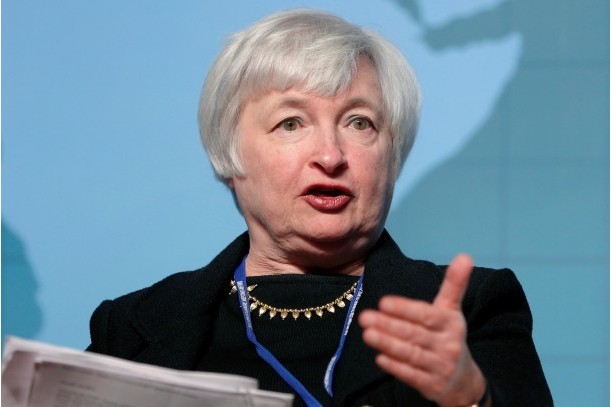 Janet Yellen has shown strong indication that short-term interest rates would rise in December for the first time since 2006.

As the Federal Open Market Committee of the US Federal Reserve Bank sets to meet on December 16 for a crucial rate-setting meeting, chairwoman Federal Reserve Bank, Janet Yellen has shown strong indication that short-term interest rates would rise in December for the first time since 2006.

In a statement on Wednesday, Yellen said her confidence in the US inflation outlook had been bolstered by the strength in the jobs market. Unemployment rate declined to 5.3% in October. Some policymakers argue that the US is at full employment. However, Yellen is opposed to that view.

Nevertheless, she said, “The economy has come a long way toward the FOMC’s objectives of maximum employment and price stability.”

In its last meeting in November, most members of the Committee felt December would be an appropriate time to increase short-term interest rates. The Fed had wanted to raise interest rates back in September but it held off its decision due to concerns over a slowdown in China and other emerging markets. China recorded its slowest quarterly GDP growth rate since the global financial crisis when the world's second largest economy posted 6.9% growth in the third quarter of 2015.

Yellen said there were risks in waiting too long to start normalising policy from the near zero level.

“Holding the federal funds rate at its current level for too long could also encourage excessive risk-taking and thus undermine financial stability,” she said.

Meanwhile, on Thursday, the European Central Bank cut interest rates. The benchmark interest rate, already in negative territory, was cut by 10 basis points from minus 0.2% to minus 0.3%.

Recovery in the Eurozone has been tepid as Q3 GDP in the eurozone fell to 0.3%, compared with 0.4% in the previous quarter. The rate cut and a revised version of the banks quantitative easing programme are set to provide more liquidity for banks in the region to give more loans and stimulate the economies.