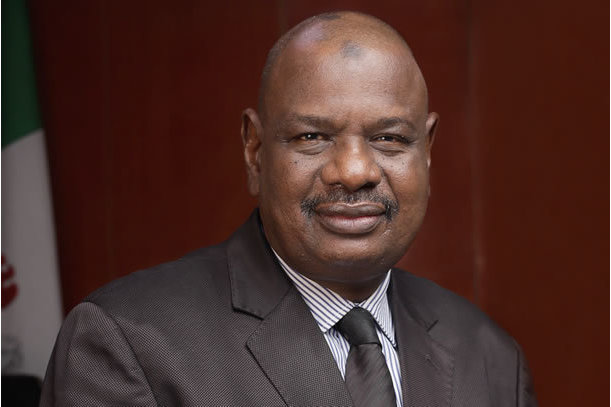 TCN is executing new transmission projects even as it is completing old ones, in line with its Electricity Grid Maintenance, Expansion, and Rehabilitation Program.

In a continuous effort at further improving bulk power transmission to distribution load centres nationwide, the Transmission Company of Nigeria (TCN) is building new power transmission facilities and rehabilitating old ones around the country. Some of the recent project works the company has undertaken and their targeted impact are highlighted below. The rehabilitation and replacement work flagged off last month with the replacement of old circuit breakers at the 37-year-old, 330/132kV Ajaokuta Substation, in Kogi State. According to TCN, it started with the Ajaokuta facility because of the strategic role the substation plays in transmitting bulk electricity to distribution load centres of Abuja Electricity Distribution Company (AEDC) and Benin Electricity Distribution Company, (BEDC), covering areas including Abuja, Lokoja, Ayangba, Okene, Okpila, and Benin.

According to a statement sent to Financial Nigeria by TCN, the company said circuit breakers protect power transformers from abnormal conditions or faults which may occur within or outside the network. Circuit breakers also provide power supply flexibility in substations’ switchyards when maintenance work is ongoing. This prevents interruption of bulk power supply to distribution load centres in the grid. Furthermore, TCN said it aims to ensure that all circuit breakers in its network are certified healthy and perform optimally. In this regard, the rehabilitation exercise will cover all substations in the country whose circuit breakers are 20 years old or above.

TCN said it was implementing the rehabilitation work despite routine maintenance being undertaken by its in-house engineers to ensure that the substations continue to perform optimally and to eliminate incidents of sudden breakdown due to aging equipment. Proper retrofitting or replacement of the circuit breakers will ensure that they operate optimally for the next 15 to 20 years. The rehabilitation project has TCN engineers working with the contractors to gain hands-on training and practical skills transfer.

In a similar rehabilitation work, TCN recently re-energised the 132kV Katampe Central Area Underground Transmission Cable Line 1 in Abuja, following successful repair works on the facility. The repair on the facility that supplies bulk electricity to TCN’s Gas Insulated Substation (GIS) in Central Area, Abuja, was completed and the cable energized on the 1st of November 2021.

A part of the underground transmission cable, which passes through the IBB Golf Club, was damaged by an excavation machine working for the club, on the 23rd of December 2019. The repair work was delayed due to the non-availability of cable repair kit and technical expertise required in the country. The outbreak of the COVID-19 pandemic also affected the project.

However, following the repair work, TCN now has bulk transmission line redundancy, which implies that if there is a sudden failure on one line, the second will be available. The repaired and energized second underground cable line also means that TCN can now supply more bulk electricity to AEDC.

The transmission line supplies power to AEDC for strategic areas in Abuja such as the Central Area Business District, the 3 Arm-Zone, DSS headquarters, NNPC headquarters, Federal Secretariat, and environs.

Last October, TCN announced the commencement of installation work for a brand-new Gas Insulated Substation project in Gwarimpa, Abuja, with the completion date set for the 9th of November 2021. The 2x60MVA GIS is part of TCN’s efforts to reinforce the high voltage transmission ring project around Abuja, which will increase bulk power available for Abuja Disco to take to its customers in the metropolis and its environs.

During the installation that lasted for 14 days, bulk power delivery to the AEDC was not affected as TCN had made adequate plans to ensure that the quantum of power supplied AEDC was maintained. The Chairman, House Committee on Power, Hon. Magaji Da’u Aliyu, alongside committee member Hon. Nassir Ahmed Ali, and the Acting MD/CEO, Transmission Company of Nigeria, Sule Abdulaziz, have inspected the ongoing construction work at the transmission substation in Walalambe, Kano State. The inspection which was carried out last October was to ascertain the progress of work at the 2x40MVA, 132/33kV substation.

The Chairman expressed dissatisfaction with the progress of work done since his last visit to the substation nine months earlier and sought to know the challenges that had hindered the timely completion of the project. He reiterated the vital importance of the substation when completed and called for its speedy completion.

On his part, Hon. Ali pledged support to TCN on necessary actions to fast-track work on the substation, including TCN engineers taking over and completing the project. He restated the commitment of President Muhammadu Buhari’s administration towards completing projects such as this across the country and assured TCN of the National Assembly’s support for the timely completion of the project.

In his response, Abdulaziz revealed that work on the substation was stalled by the contractor and lack of funds until recently when TCN’s Management reviewed the contract. He explained that a new procurement process has almost completed, and the completion of the project would be contracted within two weeks. About 120 contractors participated in the pre-procurement exercise.

According to him, the only alternative for TCN was to get approval for funds from the Service Level Agreement (SLA), which is an interface between the transmission company and the distribution companies (Discos), especially as the substation has been listed a mong the projects to be addressed under SLA.

He appealed to the lawmakers to liaise with the Discos supplying power to the area to make provision for new feeders as the area had become densely populated.

“This area is highly built, so getting the feeders out is another challenge,” said Abdulaziz. “At the time we acquired the land in 2005, all these houses were not around, so the distribution company also have their own job; they have to know how they’re going to radiate their feeders from these stations.”

The completion of the transmission substation is expected to boost electricity supply to communities such as Walalambe, Hotoro and parts of neighbouring states which include Katsina and Jigawa States.

Hon. Ali commended the TCN Ag. CEO and his team for their efforts on the project and noted that the speedy completion of the substation will not only improve power supply, but it will also boost socio-economic activities in the area.

TCN is executing new transmission projects even as it is completing old ones, in line with its Electricity Grid Maintenance, Expansion, and Rehabilitation Program targeted at putting in place a more stable and efficient network.