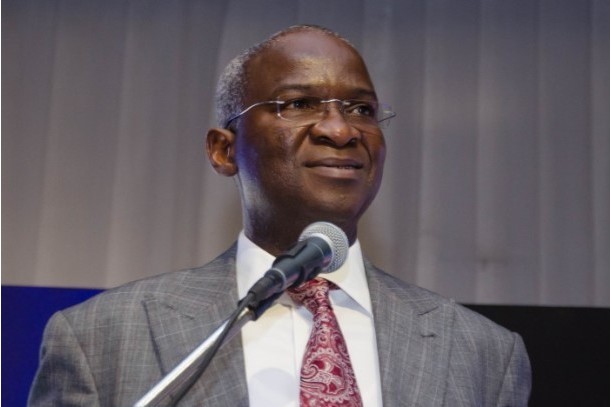 Fashola said the agenda for enhancing power supply would entail continuous engagement on a number of issues including electricity tariffs.

The Minister of Power, Works and Housing, Babatunde Fashola, at his inaugural meeting with power generation, distribution and transmission companies as well as other stakeholders in the value chain of the power sector discussed his agenda for improving Nigeria’s power supply in Abuja on Monday.

The country’s power supply has yet to improve since the privatization of generation and distribution assets of the defunct Power Holding Company of Nigeria (PHCN) in November 2013. Fashola said the agenda for enhancing power supply would entail continuous engagement on a number of issues including electricity tariffs.

Discos and some analysts in the sector have said there has to be a cost-reflective tariff system to guarantee the revenue streams of investors. According to the, this would ensure a turnaround in the sector. Fashola’s emphasis on tariffs highlights the need for public engagement for any policies in this regard to deliver significant improvement in both revenues for the discos and improvement in power supply.

The minister also talked about addressing the debt situation in the sector. A lot of the operators incurred huge debts during the privatization process which have burdened their operations.

The minister’s agenda for the sector also involves maintenance, ancillary services, dispatch orders and discipline. Analysts have also talked about the high Aggregate Technical, Commercial and Collection (ATC&C) losses in the sector which have to be reduced. Nigerian Electricity Regulatory Commission (NERC), the regulator in the sector, has set a five-year timeline, starting in 2015, for reduction of the ATC&C loss level.

Fashola, who is also the minister of works and housing, said his agenda also include addressing quality of service, overload safety and 33 KV load offtake. Part of the challenge of the sector is existing transmission system, which is known to be limited in capacity to convey the power generated by the gencos to the discos. The government would look into increasing the grid capacity.

Fashola said President Muhammadu Buhari has directed that all stakeholders in the sector should hold monthly meetings to address issues in the industry. The minister said the meeting will be held in various states.

“Our plan is that this meeting will hold every second Monday of the month. So, it is a fixed calendar, subject, of course, to any public holiday that falls on Monday and in such a case, we will move it to the next Monday automatically,” Fashola said.

He asked the gencos and discos to send representatives that would take decisions and make commitments on behalf of their companies.