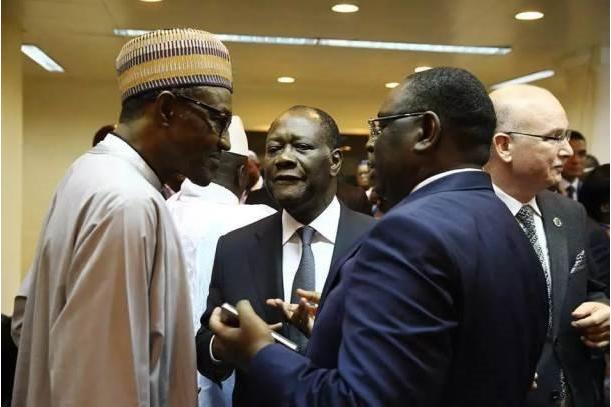 The World Bank and IMF have growth forecasts of 3.3 percent and 3 percent, respectively, for sub-Saharan African economies in 2016.

The African Development Bank (AfDB) released its 2016 Economic Outlook on Monday, stating that the continent’s average economic growth is expected to reach 3.7 percent in 2016.

The AfDB also said growth could rise up to 4.5 percent in 2017, provided the world economy strengthens and commodity prices gradually recover.

"African countries, which include top worldwide growth champions, have shown remarkable resilience in the face of global economic adversity,” said Abebe Shimeles, AfDB’s Acting Director of Development Research, during the launch of the African Economic Outlook 2016 in Lusaka, Zambia on Monday.

In April, the World Bank gave its 2016 growth forecast for sub-Saharan African (SSA) economies as 3.3 percent. The International Monetary Fund (IMF) had earlier projected in March that SSA economies will slow to 3 percent in 2016.

The IMF and the World Bank said the weakening growth in the region was a result of the steep decline in commodity prices, tighter financing conditions and other domestic conditions such as policy uncertainty, drought, security threats, and electricity shortages.

In 2015, the Abidjan-based multilateral development finance institution said net financial flows to Africa stood at $208 billion, down 1.8 percent from 2014 due to a contraction in investment. However, official development assistance rose 4 percent year-on-year to $56 billion last year. Africa’s remittances remained the most important and stable single source of external finance providing $64 billion in 2015.

Unlike other regions such as Asia, the AfDB said the continent is urbanizing rapidly as the population living in African cities has doubled from about 230 million in 1995 to 472 million in 2015.

If adequate policies are enacted by African governments, the AfDB said urbanization can help advance economic development through higher agricultural productivity, industrialization, services stimulated by the growth of the middle class, and foreign direct investment in urban corridors.

"Africa's ongoing, multi-faceted urban transition and the densification it produces offer new opportunities for improving economic and social development while protecting the environment in a holistic manner," said Mario Pezzini, Director of the OECD Development Centre. "The benefits could accrue for both urban and rural dwellers, provided governments adopt an integrated approach."

This approach includes stepping up investment in urban infrastructure, improving connectivity with rural areas, better matching formal real estate markets with the housing demand by clarifying land rights, managing the growth of intermediary cities, and improving the provision of infrastructure and services within and between cities.

In 2015, the AfDB said about 879 million Africans lived in countries with low human development, while 295 million lived in medium and high human development countries. In sub-Saharan Africa, nine out of ten working youth are poor or near poor.

"We need to invest in building economic opportunities, especially those of women of which 92% work in the informal sector. Cities and towns have a key role to play in that process, but only if governments take bold policy action," said Abdoulaye Mar Dieye, the Director of the Regional Bureau for Africa at the United Nations Development Programme.