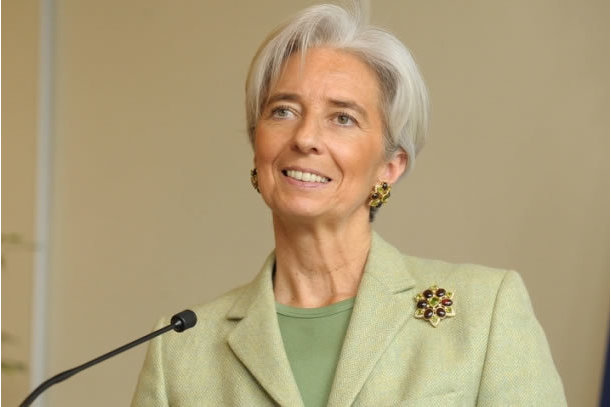 The nomination period opens today and will close on February 10. The IMF’s objective is to complete the selection process by March 3, 2016.

“I am very pleased to announce that the Executive Board has adopted an open, merit-based, and transparent process for the selection of the Managing Director, similar to the one used in the previous round," Aleksei Mozhin, Dean of the Executive Board of the IMF said in a statement on Wednesday. “Individuals may be nominated by a Fund Governor or Executive Director,” Mozhin stated.

The Board of Governors is the highest decision-making body of the IMF and consists of one governor for each member country. The governor is usually the minister of finance or the governor of the central bank from the IMF’s 188 member countries.

The IMF has had eleven Managing Directors since it was formed in 1945. Christine Lagarde, who is French, became the IMF’s eleventh Managing Director following a six week-long selection process that started on May 20, 2011. She replaced Dominique Strauss-Kahn, who is also French.

In the 70-year history of the institution, France is the country with the highest number of IMF chiefs, producing a total of five managing directors. Sweden has produced two IMF chiefs, while Belgium, the Netherlands, Germany and Spain have produced one each. France also has the distinction of having the longest-serving IMF chief, Michael Camdessus, who served from January 16, 1987 to February 14, 2000.

The IMF says the successful candidate for the position of Managing Director will have a distinguished record in economic policymaking at senior levels. He or she will have an outstanding professional background, will have demonstrated the managerial and diplomatic skills needed to lead a global institution, and will be a national of any of the IMF member countries.

As chief of the IMF's staff and as Chairman of the Executive Board, the managing director will be capable of providing strategic vision for the work of a high quality, diverse, and dedicated staff; and will be firmly committed to advancing the goals of the IMF.

The criteria for a successful candidate as outlined by the Board also include, that he or she will have a proven understanding of the Fund and the policy challenges facing the Fund’s diverse global membership. He or she will have a firm commitment to, and an appreciation of, multilateral cooperation and will have a demonstrated capacity to be objective and impartial and must also be an effective communicator.

After a confidential confirmation from the nominated candidates by the Fund’s Secretary of the individual's willingness to be considered as a candidate, the Secretary will then transmit the names to the Executive Board. If the number of candidates exceeds three, the Board will then draw up a shortlist of three candidates.