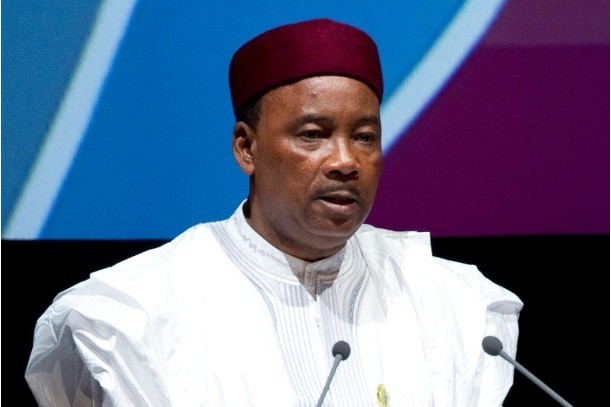 "Today, the number of Nigeriens living below the poverty line has fallen to 40%, from 48% a decade ago," Festus Mogae, Chair of the Prize Committee noted.

The President of Niger, Mahamadou Issoufou, on Monday became the sixth recipient of Africa’s most prestigious award, the Ibrahim Prize for Achievement in African Leadership. The prize, awarded by the Mo Ibrahim Foundation (MIF), is aimed at recognising excellence in African leadership and promoting good governance on the continent.

In a statement released today by MIF, the Prize Committee praised Issoufou for his exceptional leadership. According to the committee, he inherited one of the world’s poorest economies and brought growth despite “seemingly insurmountable challenges.”

"Today, the number of Nigeriens living below the poverty line has fallen to 40%, from 48% a decade ago," Festus Mogae, Chair of the Prize Committee noted. "While challenges remain, Issoufou has kept his promises to the Nigerien people and paved the way for a better future." Mogae is a former President of Botswana and the 2008 recipient of the Ibrahim Prize.

Issoufou has served two five-year terms as president of Niger and is expected to step down this year. He was considered by the Prize Committee to have made progress in multiple areas of human development. Data from the 2020 Ibrahim Index of African Governance (IIAG) shows Niger among the ten most improved African countries in strengthening socioeconomic opportunities for women, an achievement recorded under Issoufou’s presidency.

The committee’s citation also said during Issoufou’s decade in office, Niger’s economic output grew from $8.7 billion to $12.9 billion, and per capita income grew by 16 per cent. The president also showed strong commitment to regional stability and championed African democracy.

The recipient of the Ibrahim Prize is awarded $5 million spread over 10 years. The prize is considered the largest of its kind in the world in monetary terms, higher than the Nobel Prize in 2020, which was 10 million Swedish krona (equivalent of $1.145 million).

Over the past 14 years, the prize has been awarded to only six individuals. Based on the rigorous criteria for the prize, the committee is often unable to find suitable candidates. Before Issoufou was announced as the latest recipient, the last laureate was Ellen Johnson Sirleaf, former Liberian president, in 2017.

“I am proud to see Issoufou recognised as an example of exceptional leadership and I hope his legacy will inspire generations of African leaders,” Mo Ibrahim, the Sudanese businessman and founder of MIF, said following the announcement by the committee.

In a statement on Twitter, 68-year-old Issoufou thanked MIF for the recognition and said he considered the award an “encouragement to continue to think and act to promote democratic values and good governance, not only in Niger but also in Africa and throughout the world.”

Other world leaders who sent their congratulations to Issoufou include Jutta Urpilainen, European Commissioner for International Partnerships. In a statement on Twitter, the EU leader said, the Nigerien president's "commitment to a democratic transfer of power and empowered & strong institutions is a powerful message to leaders everywhere. I thank you for the constructive engagement with the European Union over the years."