Theresa May to visit Nigeria, South Africa and Kenya 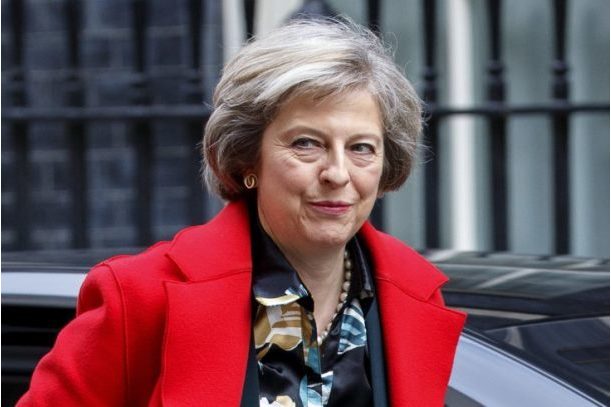 Accompanied by a delegation of 29 business executives, the UK Prime Minister will meet with her counterparts in Africa to discuss Britain’s post-Brexit export prospects.

The United Kingdom’s Prime Minister, Theresa May, is scheduled to embark on a five-day visit to three African countries, namely Nigeria, South Africa and Kenya. The Prime Minister is set to leave the UK tonight in a chartered RAF Voyager.

May will meet the South African President Cyril Ramaphosa in Cape Town on Tuesday, before flying to Abuja on Wednesday to visit President Muhammadu Buhari. She will then travel to Nairobi on Thursday for a meeting with Kenyan President Uhuru Kenyatta.

Accompanied by a delegation of 29 business executives, the UK Prime Minister will meet with her counterparts in Africa to discuss Britain’s post-Brexit export prospects. The UK held a referendum on 23 June, 2016, to decide whether the UK should leave or remain in the European Union. According to the BBC, the Leave campaign won by 51.9% to 48.1%. Following negotiations between the UK government and the EU, Britain is scheduled to depart the political partnership on 29 March, 2019.

The last time a British Prime Minister visited the continent was in December 2013 when David Cameron attended Nelson Mandela’s funeral. And May’s first visit to Africa had been a trip to Tunisia in 2015 in the aftermath of the Sousse hotel terror attack while she was the Home Secretary.

“As we prepare to leave the European Union, now is the time for the UK to deepen and strengthen its global partnerships,” May said. “A more prosperous, growing and trading Africa is in all of our interests.”

The UK, according to a statement by the government, recognizes the potential in Africa with its young and growing population, currently 16 percent of the world’s total population. Yet the continent attracts just three percent of foreign direct investment (FDI) and global goods trade.

During her five-day visit, the PM will also highlight why Europe should invest in the stability and security of the continent to stem the flow of migrants seeking refuge on European shores.

“It’s in the world’s interest to help secure African stability, jobs and growth because conflict, poor work prospects and economic instability will continue to encourage migration and dangerous journeys to Europe,” May said.

Recall that President Buhari in April had met with the Prime Minister in London and demanded for more influx of British companies and investments into Nigeria.

“We appreciate the support you have given in training and equipping our military, particularly in the war against insurgency, but we want to also continue to work with you on trade and investment,” the Buhari had said. “Like Oliver twist, we ask for more investments. We are encouraging more British companies to come to Nigeria.”