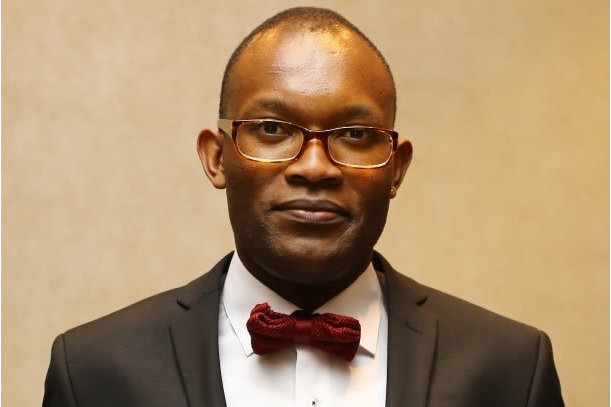 Mujila was presented with a £15,000 cheque, an engraved Montblanc pen and an iPhone 6S.

Congolese novelist, Fiston Mwanza Mujila, has been announced as the winner of the 2015 Etisalat Prize for Literature for his first novel, Tram 83.

Mujila was announced as winner at the award ceremony held at Intercontinental Lagos Hotel on March 19th. Mujila, aged 35, becomes the first Francophone writer to win the prestigious Etisalat Prize, which is the first ever pan-African prize that celebrates debut fiction books by African authors.

“We are delighted again to celebrate the richness and strength of African literature,” said Matthew Willsher, Etilasat Nigeria CEO. “Africa's diversity is increasingly recognised as it brings new approaches to world literature while innovation is very important in the literary world.”

As part of his award, Mujila was presented with a £15,000 cheque, an engraved Montblanc pen and an Iphone 6S. He will also attend the Etisalat Fellowship, worth £13,000, at the University of East Anglia.

Born in Lubumbashi, DRC, in 1981, Mujila studied Literature and Human Sciences at Lubumbashi University. He now lives in Graz, Austria and is pursuing a PhD in Romance Languages.

Originally written in French but later translated to English, Tram 83 tells the story of Lucien, an idealistic writer, sucked into the dystopian world of his friend, Requiem, a gangster, who reigns supreme in the outrageous, extravagant and glamorously debauched nightlife of a secessionist city-state.

Tram 83 is a nightclub that forms the heart of the crumbling city, in which Requiem and other characters feast.