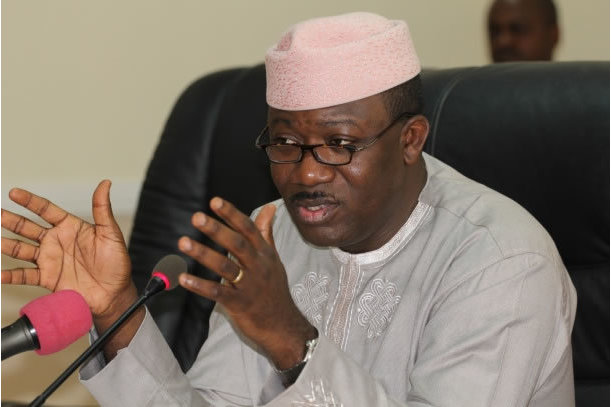 The Minister of Solid Minerals Development, Dr. Kayode Fayemi, has said the federal government is seeking investments of $7 billion in Nigeria’s steel and mining sectors over the next decade as part of the government’s economic diversification agenda.

Fayemi said the investments will be targeted at meeting the country’s steel demand of about 6.8 million metric tonnes and developing the gold and iron ore extractive industries, according to a report published by Bloomberg on Tuesday.

“About $5 billion will kick-start the mining sector,” Fayemi said. “In two to five years, we want to have started production of iron ore, lead, zinc, bitumen, nickel, coal and gold at a serious scale.”

Under the agreement, the Ajaokuta Steel Complex would be reverted to being under government control while the GSHL would retain and revive the Nigerian Iron Ore Mining Company, located in Itakape, Kogi State.

Fayemi said the ministry is currently holding talks with foreign investors including Russia’s Technopromexport and Ansteel Group Corporation of China to begin production at the 5 million-tonne steel complex in Ajaokuta.

The minister also said his ministry is preparing to present a mining plan this month to President Muhammadu Buhari. The minister said the plan, which will culminate in a bill to the National Assembly, will propose the creation of a regulator for the mining sector. The plan will also include the provision of incentives such as allowing full foreign ownership of mining projects to attract foreign investors.

“Currently, the ministry does everything: licensing, monitoring, inspection, and it shouldn’t be like that,” Fayemi said. “Prospective investors have expressed concern about an uncertain regulatory environment. An autonomous agency would be better positioned to focus on performance and efficiency of the sector.”