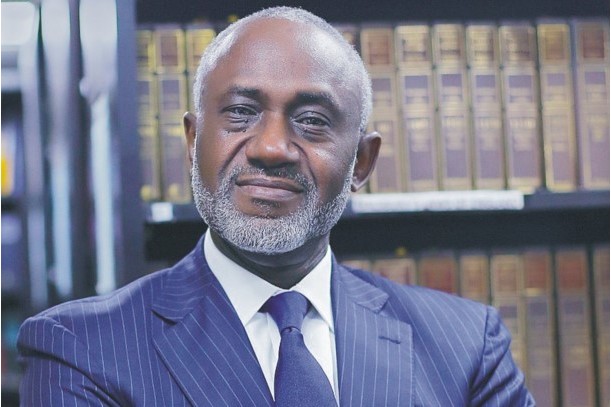 Aluko & Oyebode, one of the largest integrated law firms in Nigeria, was on Tuesday awarded Nigeria Law Firm of the Year at the Africa Awards 2021 organised by Chambers and Partners, the world's leading research and analytics firm for the legal profession.

The Chambers Africa Awards is designed to honour the achievements of law firms and lawyers across the continent, according to the London-based research company. The awards reflect the notable successes and outstanding work of a select number of legal firms and professionals on their work over the past year.

In a statement sent to Financial Nigeria by Chambers, the company spoke on the win by Aluko & Oyebode, saying the law firm is often engaged in some of the most significant transactions and disputes in Nigeria. According to Chambers, Aluko & Oyebode's clients include international lenders, major domestic brands and leading energy companies, with one client describing the firm’s performance on a matter as “remarkable.”

The other country winners were Naciri & Associés, which emerged as Morocco Law Firm of the Year, and BLC Roberts & Associates – regarded as an established leader in the Mauritian market, according to Chambers – was conferred Mauritius Law Firm of the Year award.

"We are very pleased to have been able to present our virtual 2021 Africa Awards, recognising some of the most influential firms and in-house lawyers that make up the continent’s legal scene today," Nisha Sawon, Chambers Deputy Editors for Africa, Caribbean, the Middle East and Offshore sections, said in an email to Financial Nigeria. "Firms were nominated for a wide range of reasons, be it client feedback, strategic growth or standout deals in the market."

The award for Regional Law Firm of the Year: Francophone Africa was won by Clifford Chance LLP, a multinational law firm headquartered in London. According to Chambers, the firm has been involved in projects in Côte d’Ivoire, Cameroon, Senegal, Gabon, Burkina Faso and Mali, among other countries in the region.

Meanwhile, Miranda & Associados, a Portuguese firm that enjoys an outstanding reputation throughout Lusophone Africa, was declared winner of the Regional Law Firm of the Year: Lusophone Africa award.

The webinar was hosted by Chambers Editor for Canada, Africa, Caribbean, the Middle East and Offshore, Joanna Lane; and the firm's two Deputy Editors for Africa, Joe Jackson and Sawon. The company said the judging panel consisted of Chambers Editor-in-Chief, Rieta Ghosh; as well as Lane, Sawon, and the Chambers Global Guide team of researchers.

"All our nominees and winners are truly deserving of recognition of their accomplishments, especially in light of the challenges posed by these unprecedented times," Sawon wrote in her statement.

During the Africa Awards 2021 today, Chambers launched its inaugural GC Influencer: Africa list. This is a list of general counsel and legal division general managers in leading corporate organisations and financial institutions across the continent. The company's aim is to celebrate and highlight the achievements of Africa’s leading in-house legal professionals.

Chambers showcased twelve inaugural GC Influencers, including Adenike Laoye, Chief of Staff and Group Head, Communications at Ecobank Transnational Incorporated (ETI). Laoye has had a career at the bank spanning 25 years, much of which she served as Chief Legal Counsel/Company Secretary.

According to Chambers, "Laoye’s new role as Chief of Staff has provided her with a broader remit than legal alone and puts her in prime position to spearhead the group’s future growth and ambition to transform Africa’s financial services sector."

A Lifetime Achievement award was given to Stéphane Brabant, a Paris-based partner of the global law firm, Herbert Smith Freehills. Chambers said it was honoured to celebrate the career and accomplishments of Brabant who is also co-chair of his firm's Africa practice.

Before closing the virtual awards ceremony, Chambers announced the launch date for its 2021 Global Guide, the annual legal directory of the best law firms and top lawyers worldwide. This year’s global rankings would be released on February 18. Financial Nigeria has exclusively reported the Chambers rankings for Nigeria's top law firms and lawyers since 2016.