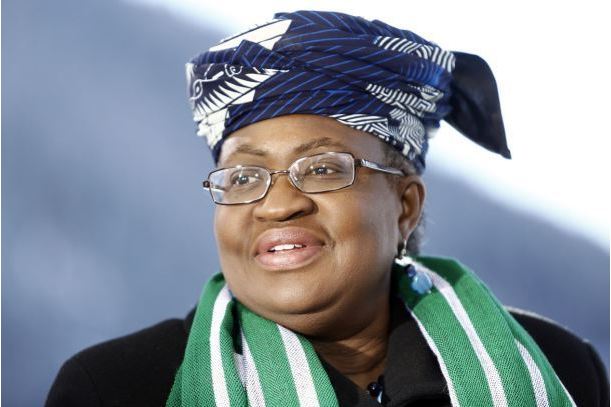 The new US President Joe Biden had endorsed the candidacy of Okonjo-Iweala, saying she “brings a wealth of knowledge in economics and international diplomacy."

The General Council of the World Trade Organisation (WTO) on Monday agreed by consensus to select Ngozi Okonjo-Iweala as the organisation’s seventh Director-General. The agreement was made today at a special virtual meeting of the WTO's top decision-making body.

Okonjo-Iweala's four-year term of office, which is renewable, will begin on March 1, 2021, according to a statement released by the global organisation that deals with the rules of trade between nations. The 66-year-old development economist and Nigeria’s former Finance Minister and Coordinating Minister for the Economy has become the first female and first African to lead the organisation.

"This is a very significant moment for the WTO. On behalf of the General Council, I extend our warmest congratulations to Dr Ngozi Okonjo-Iweala on her appointment as the WTO's next Director-General and formally welcome her to this General Council meeting," said David Walker, WTO’s General Council Chair.

The WTO statement said she was appointed by a consensus of the 164 WTO member countries. The appointment concludes a nine-month DG selection process that included eight candidates from around the world, with three of the candidates – Okonjo-Iweala, Kenya's Amina Mohamed and Egypt's Abdel-Hamid Mamdouh – being African.

The process for selecting a new DG began on May 14, 2020 when former Director-General Roberto Azevêdo informed WTO members he would be stepping down from his post one year before the expiry of his mandate. He subsequently left office on August 31.

Okonjo-Iweala's appointment had been blocked by the administration of former United States President Donald Trump who launched multiple trade disputes with China and other countries. But earlier this month, the new US President Joe Biden reversed Trump's opposition and endorsed the candidacy of the Nigerian, saying she “brings a wealth of knowledge in economics and international diplomacy."

Following the General Council's decision to appoint her, Okonjo-Iweala said a key priority for her would be working with members to quickly address the economic and health consequences brought about by the COVID-19 pandemic.

"I am honoured to have been selected by WTO members as WTO Director-General," said Okonjo-Iweala. "A strong WTO is vital if we are to recover fully and rapidly from the devastation wrought by the COVID-19 pandemic. I look forward to working with members to shape and implement the policy responses we need to get the global economy going again."

As a candidate for the top WTO position, Okonjo-Iweala had argued she was best placed out of the eight candidates to steer the organisation through the current global crises. "I am a reform candidate," the former Managing Director of the World Bank stated.

Nigerian President Muhammadu Buhari congratulated the former Minister of Finance on her appointment, stating she has brought joy and more honour to the country. In a statement released by his spokesman, Garba Shehu, Buhari said Okonjo-Iweala would "excel in her new position and validate the global mandate of repositioning and strengthening the multilateral institution for the greater good of all."

The new Director-General of the WTO holds a PhD in regional economics and development from the Massachusetts Institute of Technology (MIT). She is a member of the board of directors of various global organisations, including Twitter. She is a former chair of the board of Gavi, the Vaccine Alliance.