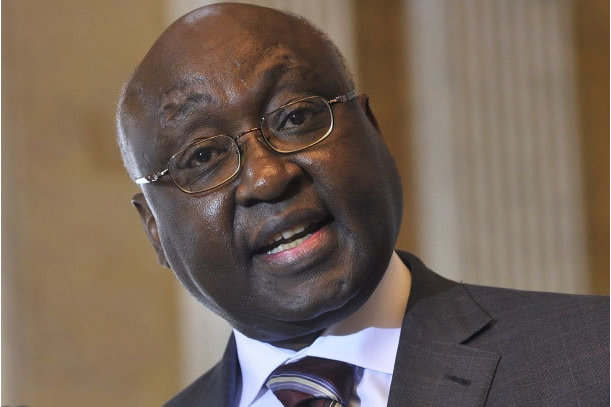 Donald Kaberuka has joined CGD as a Distinguished Visiting Fellow.

Immediate past president of African Development Bank (AfDB), Donald Kaberuka, has joined the Center for Global Development (CGD) as a Distinguished Visiting Fellow. CGD is a Washington D.C.-based nonprofit think tank that focuses on international development.

“Donald Kaberuka is an old friend of CGD, and I’m delighted that he is joining CGD as a distinguished visiting fellow,” Nancy Birdsall, President and Co-Founder of CGD, said in a statement on Monday. “At CGD he will be working on finance and development issues, including serving as a member of our High-Level Panel on Multilateral Banking, which will issue its report in the coming months,” Birdsall added.

During the 10th anniversary celebration of CGD in 2011, Kaberuka was conferred the Edward W. Scott Jr. Equity Award for distinguished service because of his interests in the world’s most vulnerable people.

Founded in 2001, CGD is known for negotiating debt relief for countries. The organization was instrumental in the 60% debt forgiveness for Nigeria by the Paris Club in 2005. Chief Operating Officer and Senior Fellow at CGD, Todd Moss, led the efforts for Nigeria's debt relief. In the 2013 Global Go To Think Tank Index Report published by the University of Pennsylvania, CGD was ranked the fourth most prominent think tank in the international development space.

Kaberuka is a former Finance Minister of Rwanda. He was a two-term president of the AfDB and was succeeded by former Nigerian Minister of Agriculture and Rural Development, Akinwumi Adesina on September 1, 2015.

Kaberuka is currently a Hauser Leader-in-Residence at the John F. Kennedy School of Government at Harvard University. He was also appointed to the Board of Trustees of the Rockefeller Foundation in November and subsequently appointed Senior Advisor to TPG/Satya, a consortium jointly owned by US-based private equity firm, TPG Capital, and London-based Satya Capital.

Nigeria’s former Minister of Finance and Coordinating Minister of the Economy, Ngozi Okonjo-Iweala, is also a Distinguished Visiting Fellow at CGD.