AfDB re-elects Akinwumi Adesina for a second term as President 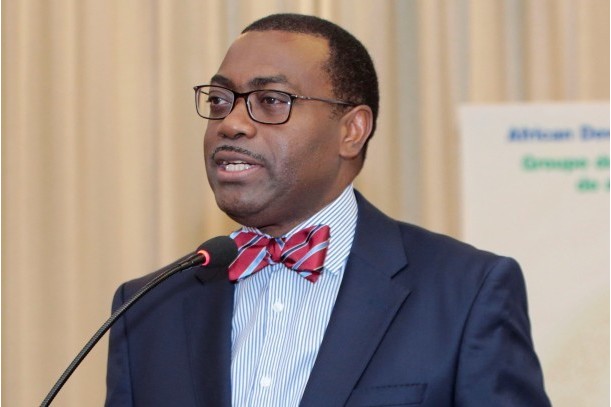 Nigeria is the AfDB’s largest shareholder and accounts for the bank’s active portfolio of about $5 billion as of December 2019.

The African Development Bank (AfDB) re-elected Akinwumi Adesina on Thursday to serve a second five-year term. The election took place on the final day of the 2020 Annual Meetings of the bank, which held virtually for the first time due to the COVID-19 pandemic and the need to comply with physical distancing guidelines.

The result of the election – in which Adesina was the sole candidate – was announced by the Chairperson of the Board of Governors of the multilateral development bank and Ivorian Minister of National Planning, Niale Kaba. The election result showed the former Nigerian Minister of Agriculture and Rural Development got 100 per cent of the votes of all regional and non-regional members of the bank.

"I am delighted that the Board of Governors have re-elected Dr. Adesina for a second term in office as President,” said Kaba. “As shareholders, we strongly support the Bank and will give him all the necessary support to carry forward and implement his compelling vision for the Bank over the next five years.”

Adesina is the eighth elected president of the bank. He was first elected as AfDB’s president on May 28, 2015. He will begin his new term on September 1, 2020.

His first term focused on implementation of five development priorities known as High 5s. They are Light up and Power Africa; Feed Africa; Industrialise Africa; Integrate Africa; and Improve the Quality of Life for the People of Africa. According to a statement by the bank, Adesina led the bank to achieve impactful results in the lives of 335 million Africans, including 18 million people who got access to electricity; 141 million people who are benefitting from improved agricultural technologies for food security; and 101 million people who have been provided access to improved transport.

The bank also said it maintained its AAA-ratings by all major global credit rating agencies for five years in a row. The Board of Governors of the bank approved a 125 per cent increase in the General Capital of the bank, raising its capital from $93 billion to $208 billion, the largest in the bank’s history.

To mitigate the economic impact of the COVID-19 pandemic on the continent, the AfDB approved a $10 billion facility to support African countries. The bank also launched a $3 billion COVID-19 social bond, the highest dollar-denominated social bond ever listed on the global capital markets. It was listed on the London Stock Exchange, Luxembourg Stock Exchange and NASDAQ.

Prior to his re-election, Adesina faced several allegations of ethical misconduct that were levelled against him by whistleblowers in January. In May, the Ethics Committee of the bank cleared Adesina of wrongdoing. However, the United States, a non-regional member country, demanded for an independent investigation. But last month, the investigative panel backed the findings of the Ethnic's Committee.

“The future beckons us for a more developed Africa and a much stronger and resilient African Development Bank Group. We will build on the strong foundations of success in the past five years, while further strengthening the institution, for greater effectiveness and impacts,” Adesina said.

The AfDB comprises of 54 regional and 27 non-regional member countries. Ireland became the 81st shareholder of the bank in April 2020. Nigeria is the AfDB’s largest shareholder and accounts for the bank’s active portfolio of about $5 billion as of December 2019.