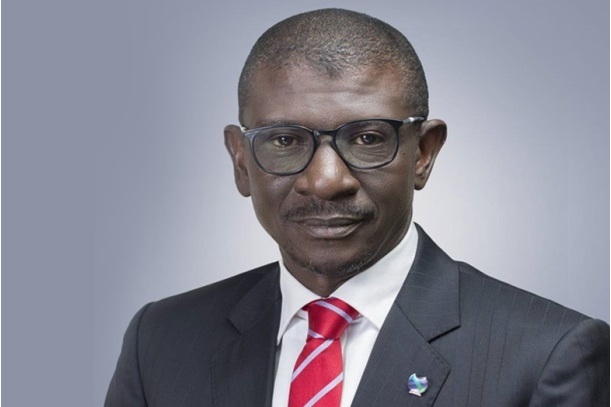 In keeping with its mandate as Nigeria's Export Credit Agency, NEXIM is collaborating with the Central Bank of Nigeria to implement two intervention schemes aimed at supporting the non-oil export sector.

The Nigerian Export-Import Bank (NEXIM) has taken deliberate steps to revive ailing industries and enhance their contributions to non-oil exports in Nigeria.

This was disclosed by the Managing Director/Chief Executive of the Bank, Abba Bello, during a recent tour of some projects in Sharada, Challawa and Bompai Industrial Layouts in Kano. Mr. Bello was on the tour for an on-site assessment of the operations of the projects at the Industrial Layouts. During the two-day tour, the NEXIM CEO visited Dutse Granite Company Limited, GB Tannery Limited, Z-Tannery Limited, Kanotan S. A. Limited and RMM Global Company Limited, amongst others.

In keeping with its mandate as Nigeria's Export Credit Agency, NEXIM is collaborating with the Central Bank of Nigeria (CBN) to implement two intervention schemes aimed at supporting the non-oil export sector, in line with the diversification strategy of the Federal Government of Nigeria as enunciated in the Economic Recovery and Growth Plan (ERGP).

Mr. Bello observed that for too long, the Nigerian economy had relied almost entirely on a single commodity, crude oil, for its fiscal revenues and foreign exchange supply, which explained the country's descent into recession in 2016, following the collapse of crude oil prices in the previous year. According to the NEXIM CEO, besides revenue volatility, the oil sector, being an enclave, is incapable of supporting inclusive economic growth that will provide jobs and economic opportunities for the country's teeming population. It was for this reason that the CBN, having noted the dearth of credit to the non-oil export sector, decided to establish the intervention schemes to redress prevailing poor access to funding by exporters.

The intervention schemes are in two categories, predicated on the broad philosophy of “Produce, Add Value and Export” (PAVE) policy, which aims to encourage exporters to advance from the export of raw materials to value-added exports. Mr. Bello said these funding schemes include the N500 billion Export Stimulation Facility (ESF), which was initially launched in June, 2016, but was repackaged and relaunched in December, 2017, and the N50 billion Export Development Fund (EDF), which was newly approved in December, 2017.

The ESF is specifically designed to provide long-term concessionary funds to support existing or new export-oriented projects, through the provision of term loans at a single digit interest rate, for tenors of up to eight years, with a moratorium of up to two years, or as working capital/stocking facility. The N50 billion EDF has been conceptualized as a regional/state intervention scheme, targeted mainly at the Small & Medium Enterprises to accelerate industrialization, economic diversification and exports.

Under the EDF, a minimum of N1 billion will be earmarked for each state towards developing one or two identified export products where the state has the highest competitive advantage. Already, about six states have keyed into this scheme, and the Bank has already signed a Memorandum of Understanding/Financial Services Agreement with one of them. Two others will be signed very soon.

“A portion of the Export Development Fund will also be earmarked to support industries that are major employers of women and youth, under a special economic empowerment scheme for the vulnerable groups as part of NEXIM's contribution towards meeting the targets of the Sustainable Development Goals,” Mr. Bello explained.

According to Mr. Bello, one of the key observations during the industry visits was the huge amount of installed, but idle capacity across the industry segments, attributable mainly to lack of access to working capital. The NEXIM CEO expressed satisfaction at the quality of machinery and the technical know-how that existed, while also noting that the Bank will work towards providing working capital to ramp up production and boost exports.

As an example, the NEXIM chief pointed out the fact that in the Tanning Industry, Nigeria produces one of the best leather globally, but the full benefits are lost to the more industrialised economies, which use our leather to produce finished products. “Our plan is to assist indigenous producers to optimize capacity and also move up the value chain to produce finished products such as shoes and bags,” the MD said.

Mr. Bello had previously intimated of the Bank's strategic intent to revive ailing industries during his tour of Beloxxi Industries Limited and Multi-Trex Integrated Foods Limited in the South West. According to him, the Bank's objective is to support export-oriented projects in all parts of the country in furtherance of the Government's economic diversification drive.