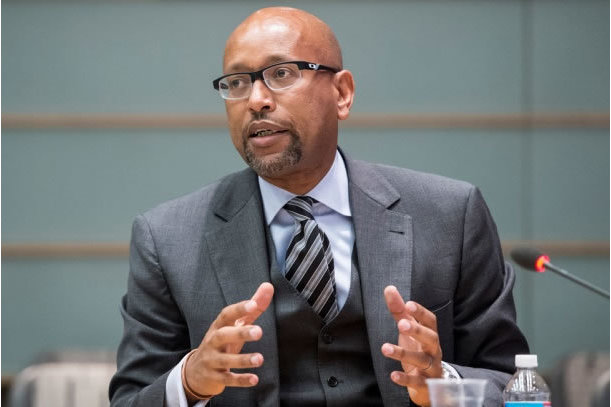 IFC said the five-year bond is aimed at deepening Namibia’s capital market and promoting private sector investment in the country.

The International Finance Corporation, the private sector arm of the World Bank Group, has launched a Namibian bond that seeks to raise 180 million Namibian dollars (about $12 million) from the local capital market.

The bond is named “Namib” after the world’s oldest desert. Namib means “vast space” in the Nama language and gave rise to the name of the country. The bond is part of a medium-term note programme registered with the Namibian Stock Exchange that allows IFC to issue up to 10 billion Namibian dollars, or approximately $650 million, in bonds in the domestic market.

“Developing Namibia's capital markets will be critical for long-term economic development, and especially for the expansion of the infrastructure and banking sectors,” said Ipumbu W. Shiimi, the Governor of the Bank of Namibia. “We hope that other international and domestic issuers will follow IFC and connect savings to Namibia’s private sector investment needs.”

The bond is issued under IFC’s Pan-African Domestic Medium Term Note Programme, which was launched in May 2012 to support capital market development in the region. Nine countries are part of the programme, including Rwanda and Zambia where IFC has already issued local currency bonds.

IFC issues local currency-denominated bonds in emerging market currencies as part of its regular programme of raising funds for private sector development, and to support the development of domestic capital markets. In many cases, IFC is the first, or among the first, nonresident issuers in a domestic market. IFC bonds are rated triple-A by Moody’s Investors Service and Standard & Poor’s.

Recently, IFC launched a new capacity building programme for African capital market regulators and practitioners. The programme is a partnership with the Milken Institute and George Washington University and will create a network of experts and advocates to support the region’s capital markets.

“Deep, vibrant capital markets create access to long-term, local-currency finance for the private companies so they can get tailor-made financing for growth and expansion,” said Jingdong Hua, IFC’s Vice President and Treasurer. “The IFC Namib bond is an integral part of IFC’s strategy to support Africa’s capital market development and create access to finance for the region’s private sector.”