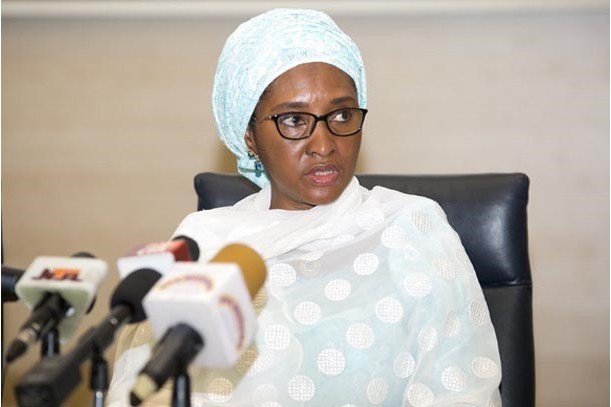 Mrs. Ahmed, who spoke with journalists following the FEC meeting, said a budgetary proposal of N10.07 trillion for 2020 fiscal year was approved by the Council. The proposed budget, which is part of the MTEF-FSP, is N1.15 trillion – or 12.9 percent – higher than the N8.92 trillion budget for 2019.

The approved budget proposal for next year is also higher than the draft spending plan presented by the minister on Tuesday. In her earlier presentation of the MTEF-FSP to the public, Ahmed said the executive arm of government was going to propose to the National Assembly a total expenditure of about N9.79 trillion for the 2020 fiscal year.

Aggregate capital expenditure (exclusive of transfers) in the earlier document presented by the minister shows N1.8 trillion allocated as CAPEX for 2020, compared to N2.9 trillion in 2019. This shows total capex in 2020 will be 17.9 percent of aggregate spending, vis-à-vis 32.5 percent capex allocation in 2019.

In her earlier presentation on Tuesday, Ahmed said the key assumptions of the 2020 proposed budget were based on an oil production capacity of 2.18 million barrels per day (bpd), down from the 2.3 million bpd in 2019; crude oil price of $55 per barrel, as against $60 per barrel last year; and exchanged rate of N305 to the dollar.

The minister said the draft MTEF showed the country is facing significant medium-term fiscal challenges, especially with respect to revenue generation and rapid growth in personnel costs. To address these challenges, the minister said the government plans to mobilise additional financing from the sale of government property, sale of non-oil assets, multi-lateral and bilateral project-tied loans and new foreign and domestic borrowings.

The minister stated that the government is also looking to implement its Strategic Revenue Growth Initiative (SRGI) introduced in January. The SRGI proposes an increase in the rate of VAT in Nigeria from 5 percent to 7.2 percent.

To reduce personnel costs, the government plans to implement the Integrated Payroll and Personnel Information System (IPPIS). An October 2019 deadline has been put in place by President Muhammadu Buhari for implementation by all Ministries, Departments and Agencies (MDAs). The IPPIS was designed to block leakages in the system.

The FEC-approved MTEF-FSP document will be sent to the National Assembly for subsequent approval.