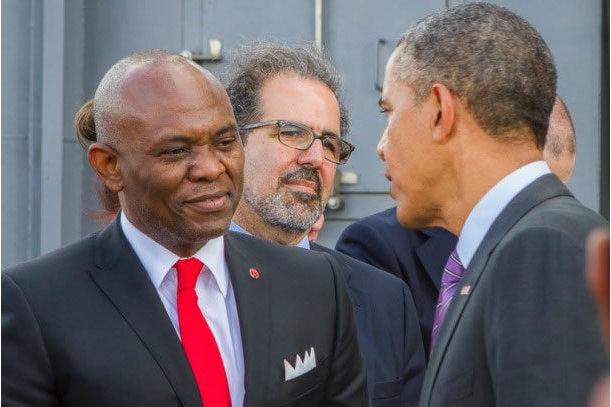 The goal of Power Africa is to increase access to cleaner and more efficient electricity in sub-Saharan Africa.

Power Africa, the U.S. government partnership with African governments to double access to electricity in sub Saharan Africa, has said it plans to invest up to $1 billion toward the development of Nigeria’s electricity sector. The programme’s coordinator, Andrew Herscowitz, made this announcement on Tuesday at a press conference in Abuja.

Herscowitz said the US government has already invested huge funds in a number of energy projects in Nigeria. According to the initiative, 95 million Nigerians currently lack access to electricity and those who do, have to endure prolonged power outages. Despite having 12,500 MW of installed generation capacity, Nigeria, however, generates between 3500 to 5000 MW of electricity.

“Since Power Africa was launched, the US Trade Development Agency has committed approximately US$6.5 million in funding for 10 activities supporting Nigeria’s energy sector, which could leverage up to US$2.7 billion in investment,” Herscowitz said. “It has advanced 50 million dollars in financing from the Oversea Private Investment Corporation (OPIC) to Lumos, a Nigeria-based solar energy company, to scale up it’s off grid solar power service to about 200,000 Nigerian homes and businesses."

Power Africa has played a crucial role in strengthening the capacity of the Nigerian power sector since 2015, particularly by providing technical assistance to the Nigerian Bulk Electricity Trading Pls (NBET) and helping Nigeria’s first private independent producer (IPP), the Azura-Edo IPP, to reach financial close in 2015.

“Power Africa has supported power companies in the country to the tune of 100 million dollars capital expenditure credit enhancement facility with a corresponding 6.5 million dollars in technical assistance and (supported) another 1.5 million dollars to turn around the DISCOs,” Herscowitz explained.

The Power Africa programme coordinator noted that distribution companies (DISCOs) are crucial to the supply of electricity in Nigeria.

“If the DISCOs do not work, the energy sector as a whole does not work,” he said.

Power Africa was launched by former U.S. President Barack Obama in 2013. The goal of the initiative is to increase access to cleaner and more efficient electricity in sub-Saharan Africa, by raising generation capacity to more than 30,000 megawatts supplying 60 million homes and business connections in Africa.

The U.S. government's initial commitment of $7 billion to Power Africa has leveraged nearly $43 billion in commitments from over 120 public and private sector partners. Power Africa has helped projects expected to generate over 4,100 MW of new, cleaner electricity reach financial close and is actively supporting an additional 22,000 MW of projects.