Buhari signs 2018 budget, expresses concern over changes made by NASS 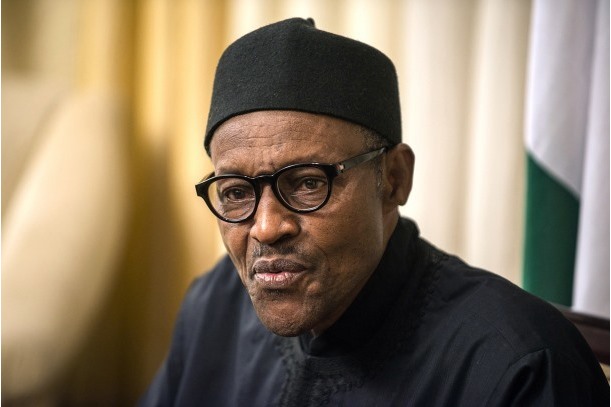 The President stated that a supplementary budget will be sent to the National Assembly in order to rectify most critical of the issues in the 2018 budget.

President Muhammadu Buhari, on Wednesday, signed the 2018 appropriation bill, and plans to forward the borrowing plan to finance the budget deficit to the National Assembly (NASS).

The bill, presented to the joint-sitting of the parliament on November 7, 2017, was ratified on May 16 and transmitted to the President for assent on May 25, 2018.

The total budget is N9.12 trillion, up from the N8.612 trillion estimates presented to the parliament, representing 22 percent increase over the 2017 Appropriation.

“We intend to use the 2018 Budget to consolidate the achievements of previous budgets and deliver on Nigeria’s Economic Recovery and growth Plan (ERGP) 2017-2020,” President Buhari reiterated while signing the budget at the Presidential Villa in Abuja.

The President, however, expressed concern about some of the changes made by the lawmakers. “The National Assembly made cuts amounting to N347 billion in the allocations to 4,700 projects submitted to them for consideration and introduced 6,403 projects of their own amounting to N578 billion,” Buhari said.

“Many of the projects cut are critical and may be difficult, if not impossible, to implement with the reduced allocation. Some of the new projects inserted by the National Assembly have not been properly conceptualised, designed and costed and will therefore be difficult to execute,” he added.

According to the signed budget relative to the appropriation bill, the projects from which cuts were made include national/regional strategic infrastructure projects such as counterpart funding for the Mambilla Power Plant, the 2nd Niger Bridge/ancillary roads, the East-West Road, Bonny-Bodo Road, Lagos-Ibadan Expressway and Itakpe-Ajaokuta Rail Project were cut by an aggregate of N11.5 billion.

Provisions for some ongoing infrastructure projects in the FCT, including arterial roads and the mass transit rail project, were cut by a total of N7.5 billion; provision for rehabilitation and additional security measures for the United Nations building in the FCT was cut by N3.9 billion from N4 billion to N100 million; provisions for various strategic interventions in the health sector such as the upgrade of some tertiary health institutions, transport and storage of vaccines through the cold chain supply system, provision of anti-retroviral drugs for persons on treatment, establishment of chemotherapy centres and procurement of dialysis consumables were cut by an aggregate of N7.45 billion.

The provision for security infrastructure in the 104 Unity Schools across the country were cut by N3 billion; provision for the Federal Government’s National Housing Programme was cut by N8.7 billion; and the provisions for Export Expansion Grant (EEG) and Special Economic Zones/Industrial Parks were cut by a total of N14.5 billion.

Another area of concern stated by the President is the increase of the provisions for statutory transfers by an aggregate of N73.96 billion.
“Most of these increases are for recurrent expenditure,” he said.

The budget of the National Assembly was increased by N14.5 billion from N125 billion to N139.5 billion, and about 70 new road projects have been inserted into the budget of the Federal Ministry of Power, Works and Housing.

The President stated that a supplementary budget will be sent to the National Assembly in order to rectify most critical of the issues in the
2018 budget.

And to achieve the objectives of the 2018 Budget he said, “We will work very hard to generate the revenues required to finance our projects and programmes. The positive global oil market outlook, as well as continuing improvement in non-oil revenues, make us optimistic about our ability to finance the budget.”

However, being a deficit budget, the Borrowing Plan will be forwarded to the National Assembly shortly, he added.