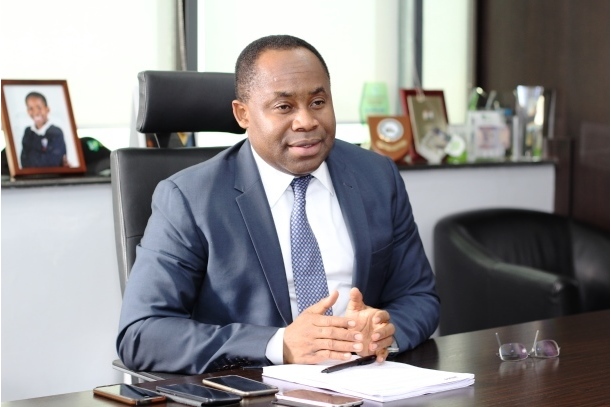 The Second Niger Bridge project, is a collaboration between the NSIA, through its wholly-owned subsidiary, NSIA Motorways Investment Company (NMIC), Federal Ministry of Works and Julius Berger Investments (JBI).

At a recent press briefing in Lagos, Managing Director and CEO of Nigeria Sovereign Investment Authority (NSIA), Uche Orji, provided an update to stakeholders on the Second Niger Bridge project, a Public Private Partnership (PPP) which will be constructed and operated on a Design, Build, Finance, Operate and Transfer (DBFOT) basis.

Orji stated that NSIA has so far spent a total of $2.21 million on consultancy services on the two phases of the Second Niger Bridge construction. $247,586 was spent on the due diligence phase, whilst $1.96 million was spent on the project development phase. Specific works in these two phases involve legal, financial, technical and engineering as well as environmental and social impact advisory.

The stated figure is less than one percent of the estimated project cost. According Orji, although the European Investment Bank states that the level of transaction cost, on average, for PPP projects in Ireland, the Netherlands, Portugal, and the United Kingdom is over 10 percent of the capital value, NSIA’s technical consultants have been instrumental in reducing the initial project cost to the current level.

This is also contrary to the allegation by Governor of Edo State, Adams Oshiomhole, who said that $700 million was withdrawn from the Sovereign Wealth Fund (SWF) for the second Niger bridge project and that N140 billion was spent on consultancy.

The Managing Director of NSIA maintained that the entire project was initially estimated to cost N108 billion (without duties and VAT), or $700 million using the prevailing exchange rate of N154/$ at the time.

Although Orji admitted that the project would naturally be affected by exchange rate fluctuations and other variables, he said the Federal Government has released N18.3 billion so far, out of her N30 billion commitment to the project. N10.4 billion of the amount released has been disbursed on early construction works. The consortium for the project is expected to raise the remaining funds for the project from Nigerian and international lenders and equity providers.

As part of its contribution, the NSIA brought together a team of reputable Nigerian and international advisers with global experience in PPP infrastructure projects to ensure Nigeria is given a first-class infrastructure project. According to NSIA, the consultants were chosen through a rigorous and competitive procurement process.

“NSIA has put in place a multi-stage approval process for all disbursements, under which all payments involving construction are made only after approval by a third-party engineering firm, which matches work completed against amounts due,” Mr. Orji said.

NSIA, whose objective is to promote fiscal stability, build a savings base for future generations of Nigerians and enhance the development of Nigeria’s infrastructure, is rated by the US-based Sovereign Wealth Fund Institute as one of the most transparent sovereign wealth funds in the world. The Authority said it continues to uphold and abide by the highest standards of corporate governance, accountability and integrity.

In this regard, Orji said, “NSIA’s accounts are audited by PricewaterhouseCoopers (PwC) and made publicly available within the first 90 days of the new calendar year. The 2013 and 2014 Annual Reports are available on NSIA’s website, www.nsia.com.ng.”

The Second Niger Bridge, along with adjacent roads, will be 11.9km in length and have six (6) lanes with three (3) in each direction. It is expected that the bridge would be constructed and delivered in 48 months. The Second Niger Bridge project, is a collaboration between the NSIA, through its wholly-owned subsidiary, NSIA Motorways Investment Company (NMIC), Federal Ministry of Works and Julius Berger Investments (JBI).