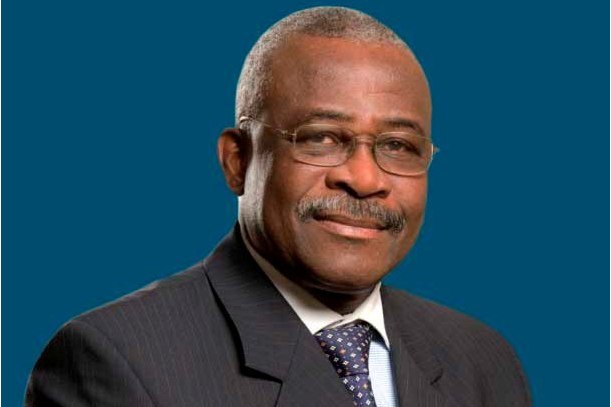 Dr. Nwanze is a model for how a great leader can make a difference in the lives of people on the ground, said former President Olusegun Obasanjo, who chairs the Africa Food Prize Committee.

The President of the International Fund for Agricultural Development (IFAD), Dr. Kanayo Nwanze, will be awarded the inaugural Africa Food Prize today at the Africa Green Revolution Forum in Nairobi, Kenya.

Nwanze was selected for the award due to his outstanding leadership and passionate advocacy in putting Africa’s smallholder farmers at the center of the global agricultural agenda, according to a statement released on Tuesday.

“Dr. Nwanze is a model for how a great leader can make a difference in the lives of people on the ground," said former President Olusegun Obasanjo, who chairs the Africa Food Prize Committee.

He added: "Whether that leader is the head of a global institution, a head of state or a head of small organization, Dr. Nwanze's accomplishments on behalf of African farmers are a reminder of what's possible when you combine passion, good ideas, commitment, focus, hard work and dedication.”

The Committee credited Nwanze for reorienting IFAD´s work to focus more on making small-scale farming a viable business, as well as expanding IFAD's presence in developing countries to increase the organization's effectiveness. It also acknowledged Nwanze´s courage in reminding African leaders to go beyond promising development and change to delivering it.

“I would like to dedicate this award to the millions of African women who silently toil to feed their families,” Nwanze said. “No nation has been able to transform itself without giving women the same rights and opportunities as men. Our hope for future generations rests with African women who bear and raise our young people who will shape the African continent in the years to come.”

The Committee said it is recognizing Nwanze for his individual leadership and the results he has achieved at IFAD since becoming President in 2009. It said despite a major global economic downturn, Nwanze succeeded in growing the IFAD´s overall resources, with significant increases in commitments from member states. As a result of this, IFAD’s ongoing investments in Africa more than doubled – from $1.3 billion at the start of Nwanze’s tenure to $2.7 billion in 2015 – benefiting more than 75 million rural people.

Furthermore, the Committee said Nwanze has presided over far-reaching changes in IFAD’s approach to its work, shifting activities from its headquarters in Rome to local offices in dozens of developing countries. This has increased farmers’ access to resources and improved the deployment of funds to projects.

Under Dr. Nwanze´s leadership, the Committee said IFAD also has positioned itself as a major knowledge institution, providing the development community with fresh ideas, evidence, and tools in support of policy dialogues aimed at identifying the best ways to transform rural livelihoods.

In fact, IFAD will release its flagship publication, The Rural Development Report 2016, on September 14th this year, offering guidance for policymakers in making policy choices and investments aimed at eradicating rural poverty.

“By calling attention to the exemplary leadership of Kanayo Nwanze and to the compelling ideas that have guided him, we wish to encourage many others to follow in his footsteps and boldly use the opportunities available to them to change the reality of African farming – from a struggle to survive to a business that thrives,” said Dr. Agnes Kalibata, the President of the Alliance for a Green Revolution in Africa (AGRA).

The Africa Food Prize – funded by AGRA, the Econet Foundation, and Yara International ASA – recognizes outstanding individuals or institutions that are leading efforts to change the reality of farming in Africa from a struggle to survive to a business that thrives. The $100,000 prize began as the Yara Prize in 2005, but was moved to Africa and renamed the Africa Food Prize in 2016.