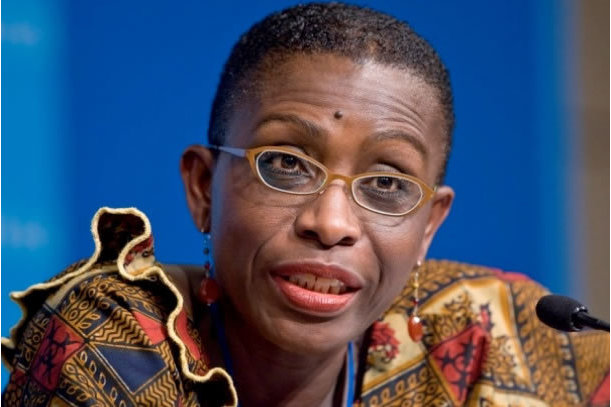 Sayeh and her team contributed to the reform of IMF’s concessional lending facilities and debt limits policy.

Antoinette Monsio Sayeh, a Liberian economist, who serves as the Director of the African Department at the International Monetary Fund (IMF), is set to retire from the Fund after eight years in office.

According to an IMF statement released on Wednesday, Sayeh has notified Christine Lagarde, IMF’s Managing Director, of her intention to retire, effective August 31, 2016.

“As the Director of the African Department for the past eight years, Antoinette has been enormously influential in cementing the IMF’s relations with our African member countries,” Lagarde said. “Antoinette navigated these and later challenges with her trademark skills of quiet, effective diplomacy, deep analytical capability, and an unrivalled understanding of the challenges facing her continent.”

Sayeh joined the IMF in July 2008, just as surging food and fuel prices and the global financial crisis were undercutting living standards on the African continent. She was previously Liberia’s Minister of Finance from 2006 to 2008 under President Ellen Johnson Sirleaf’s government, and led efforts to clear the country’s debt arrears after a decade of civil war.

Before joining President Sirleaf’s cabinet, Sayeh worked for the World Bank for 17 years, serving as Country Director for Benin, Niger, and Togo amongst other positions.

She holds a bachelor's degree with honors in Economics from Swarthmore College and a PhD in International Economic Relations from the Fletcher School at Tufts University, both in the United States.

At the IMF, Sayeh and her team contributed to the reform of the Fund’s concessional lending facilities in 2010, and subsequently the reform of the Fund’s debt limits policy. She was also instrumental in the changes that enabled the Fund to provide emergency financing and debt relief to the three countries – Liberia, Sierra Leone, and Senegal – hit by the Ebola crisis in 2014. The IMF said the search process to identify her successor has already commenced.

“Sayeh has been a great leader of the African Department, a respected colleague, a friend and a mentor to many. Her dedication is unparalleled and her contribution to the Fund has been truly outstanding,” Lagard said.