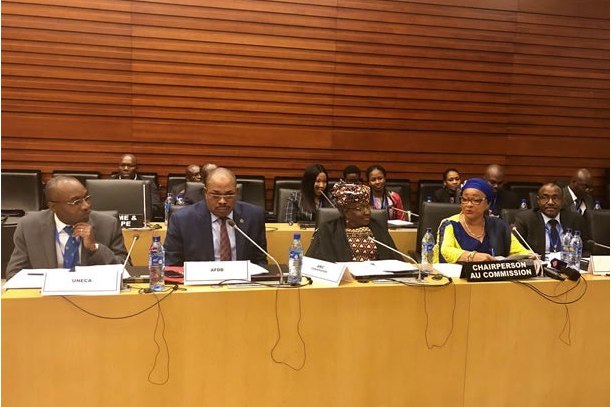 ARC said there is an urgent need to respond to climate change-induced migration and forced displacement through an innovative risk financing mechanism.

The African Risk Capacity (ARC), a specialized agency of the African Union (AU), was joined by AU Commission (AUC), African Development Bank (AfDB), and the UN Economic Commission for Africa (UNECA) on Saturday in Addis Ababa, Ethiopia, to deliberate on how Africa can better respond to the challenges of increased migration and forced displacement on the continent.

The high-level side event, which held on the margins of the ongoing 32nd Ordinary Session of the Assembly of the AU, had the theme: “Migration and Displacement in Africa: Addressing the underlying causes through innovative risk financing mechanisms.” According to a joint statement released by the AUC, ARC, AfDB and UNECA over the weekend, migration and forced displacement have worsened due to the high frequency of droughts, floods, and other extreme weather events. Hence, there is an urgent need to respond to these disasters through an innovative risk financing mechanism.

“The session is a good opportunity to open the conversation about natural disasters and discuss innovative financing mechanisms that we could use on the continent to proffer a realistic solution to the underlying causes of migration, notably natural disasters and extreme weather events…,” said Ngozi Okonjo-Iweala, Chairperson of the ARC.

“It is imperative to encourage AU member states to subscribe to the ARC mechanism considering the level of success it has achieved in bringing a complementarity that can address challenges associated with the causes of migration within the five years of its existence.” said Sacko Josefa Leonel Correa, African Union Commissioner for Rural Economy and Agriculture.

Last year, the AfDB approved the Africa Disaster Risks Financing (ADRiFi) Programme, its first climate risk management programme to boost resilience and response to climate shocks in regional member-countries. The programme is being implemented in partnership with ARC. According to the statement released on Saturday, the programme offers countries up to 50 per cent premium support for the first four years of joining the programme.

“Our goal is to help unlock the potential of agriculture in the continent; hence the Bank’s introduction of the ADRiFi programme to scale up the protection against extreme weather events in rural areas and expand access to ARC’s risk transfer facilities for African Union member states,” said Vincent Nmhielle, Secretary General of the AFDB, who represented AfDB President, Akinwunmi Adesina.

ARC also signed a partnership with UNECA in January 2018, targeted at building the capacity of member-states by embedding risk management investments into government planning. In collaboration with the World Bank, the institutions will develop innovative insurance tools in Africa.

“With all the institutions working together towards the same goal to ensure that the continent has financial protection against natural disasters, we now need Africa to play its part”, said Mohamed Beavogui, Director-General of ARC.

In 2015, ARC paid out $26 million to three countries in the Sahel that were affected by drought. In 2017 ARC also paid out $8.1 million to Malawi, while Mauritania received $2.4 million from ARC in 2018. This allowed the beneficiary countries to rapidly deploy assistance to 1.3 million people, and 900 000 cattle. To date, countries have taken out coverage of approximately $500 million dollars, and paid a combined premium of $60 million, according to ARC.

ARC said the outcome of the high-level session is expected to strengthen the agency through increased support from the AU member-states as they join and ratify the ARC Treaty, boost involvement of African insurance and reinsurance companies as well as other financial institutions to expand the scope of tools and risk financing available to the continent. This will also attract international partnership for the implementation of Africa’s initiative in disaster risk management and financing.