Chimamanda elected member of American Academy of Arts and Sciences 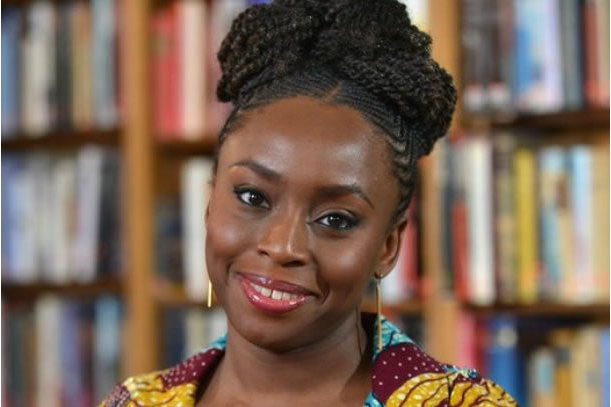 The American Academy of Arts and Sciences has announced the election of Nigeria’s award-winning novelist, Chimamanda Ngozi Adichie, alongside 227 others, as honourary members of the prestigious society. The newly elected members include some of the world’s most accomplished scholars, scientists, writers, artists, as well as civic, business, and philanthropic leaders.

The independent policy research centre made this disclosure in a statement released on Wednesday which said Adichie was listed among 40 selected foreign members from 19 countries.

The announcement came after Adichie’s election into the American Academy of Arts and Letters in March this year. She is the second Nigerian to be so honoured after Wole Soyinka; a Nigerian playwright and poet who was the first African to win the Nobel Prize in literature, in 1986.

“It is an honor to welcome this new class of exceptional women and men as part of our distinguished membership,” said Don Randel, Chair of the Academy’s Board of Directors. “Their talents and expertise will enrich the life of the Academy and strengthen our capacity to spread knowledge and understanding in service to the nation.”

All new members selected make up the academy’s 237th class. They will be inducted at a ceremony on October 17, 2017, in Cambridge, Massachusetts.

The American Academy of Arts and Sciences, founded in 1780, is one of the country’s oldest learned societies. It convenes leaders from the academic, business, and government sectors to respond to global challenges. Elected members are expected to contribute to the academy’s publications and advance its work in the areas of science, engineering, humanities, arts, education, technology policy, global security and international affairs.