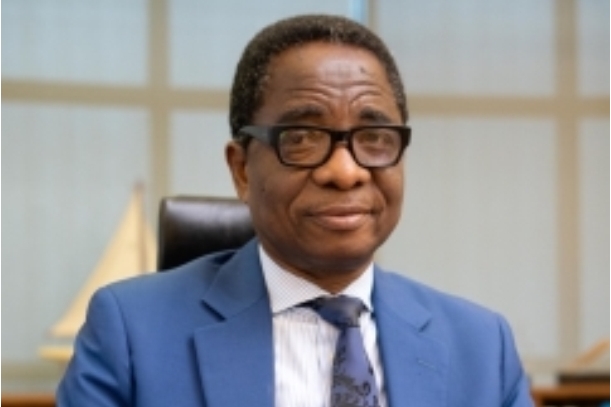 Flour Mills of Nigeria Plc (FMN), a leading integrated food and agro-allied group in Nigeria, announced on Friday the retirement of its Group Managing Director and Chief Executive Officer, Paul Gbededo.  Gbededo is a 38-year veteran at the company and has spent over seven years as CEO. His retirement is effective from December 31st, 2020.

According to a statement sent to Financial Nigeria by FMN, the outgoing GMD/CEO has worked in several managerial positions within the group, including being the first Nigerian Production Director at Nigerian Bag Manufacturing Company (BAGCO), a subsidiary of FMN, in 1996. Gbededo was also the pioneer General Manager/Director of Golden Pasta Company Limited – also a subsidiary of the food and agro-allied group. He became the GMD/CEO of the group in April 2013.

“Paul is a brilliant colleague and an exceptional leader who we will miss dearly,” said John Coumantaros, Chairman of the Board of FMN. “On behalf of the board I must express our heartfelt thanks for his extraordinary contributions in leading our great company through a period of growth, expansion and profitability.”

Incorporated in 1960 as a limited liability company and quoted on the Nigerian Stock Exchange (NSE) since 1978, FMN owns various brands, including Golden Penny Food. The company says it is passionate about ‘feeding the nation.’

“It has truly been a great privilege and honour to have worked with some of the best minds in our country and indeed across the world,” said Gbededo. “I cannot deny that I will miss the rigorous strategy sessions with the board, the passion of the executive team, and of course the relentless inventive spirit of our people across various businesses locations in the country.”

Taking the place of Gbedebo is FMN's Chief Operating Officer (COO), Omoboyede Olusanya, whose appointment is effective from January 1st, 2021, according to the group's statement signed by the Company Secretary/Director of Legal Services, Joseph A.O Umolu.

Speaking on his appointment, the GMD/CEO Designate, Olusanya, said: “Paul, my mentor and friend, is an outstanding business leader and fine gentleman who had played well his part and did great things for our company. He has left behind some big shoes to fill and our company is, because of his strategic leadership, on a solid base to build from. I shall be counting on his advice to take our company to the next level.”