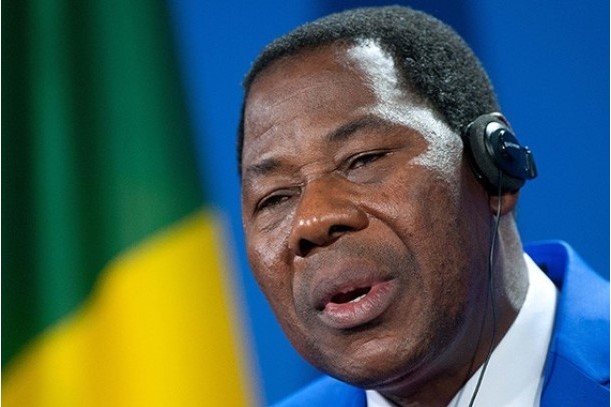 Some 1,000 megawatts of energy is needed to smoothly run Benin’s economy, which currently depends on Nigeria and Ghana for power.

Democracy in the region, development of the energy sector, climate change, transport, agriculture and industry were at the centre of discussions during the meeting, as were discussions on the ways and means for the private sector to support these vital sectors.

Some 1,000 megawatts of energy is needed to smoothly run Benin’s economy, which currently depends on Nigeria and Ghana for power.  “There is a real need to move towards renewable energy,” Boni Yayi said.

“The AfDB has put in billions in financing key sectors such as urban transport, agriculture and water,” Boni Yayi said, underscoring that the AfDB has been the partner of choice to Benin. “But there are very significant challenges in the energy sector, which we see as the Alpha and Omega for our country’s development.

“My country direly needs our Bank in this sector to bring greater development and opportunity to its citizens. There will be no prosperity in Africa as long as we lack energy,” Boni Yayi said.

Adesina said: “With the fall of commodity prices, it is essential to industrialize Africa and reduce exports. The AfDB is committed to provide the necessary assistance to member countries in this dynamic. Agriculture must be used, not to manage poverty, but as a business for macroeconomic stability. Donors should increase the level of funding. Our countries, for their part, must also increase their budget level and have more political will.”