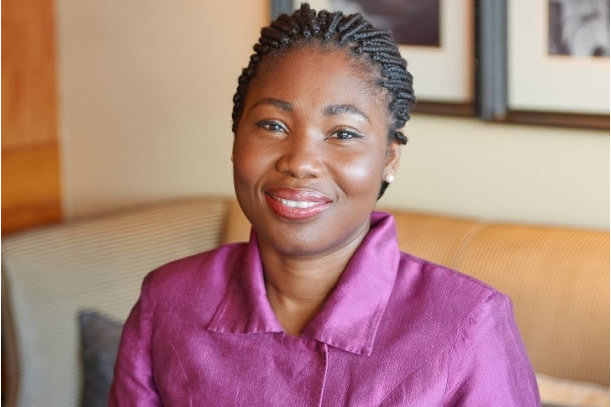 Maïdou is the Chief Operations Officer of Allianz Africa.

The AIO is a non-governmental organisation with the objective of developing a healthy insurance and reinsurance industry in Africa and to promote cooperation in the African insurance sector. Maïdou’s appointment was announced during the AIO’s 46th Conference and Annual General Assembly, taking place in Johannesburg, South Africa, from June 9-13, 2019.

“I am honoured and privileged to be appointed as President of the AIO,” Maïdou said. “I look forward to continuing to work together with the leadership of the AIO to making the African insurance and reinsurance industry stronger, united and sustainable”.

Since 2018, according to a statement released by Allianz Africa, Maïdou has served as the vice president of AIO. With this appointment, she will succeed Aretha Duku, former president of AIO and Managing Director of Ghana Union Assurance Company Limited. According to the newly-appointed president, the mission of the AIO “is to create an environment, which enables the market to increase insurance penetration and to promote the industry’s best practices and projects, which show the benefits of insurance to consumers.”

Due to her significant role in the insurance and risk management sector, Maïdou has received various awards and recognitions, including the AIO’s African Insurance Awards and the Africa Economy Builders Awards. She is also a member of the board of the African Risk Capacity, which develops insurance solutions for African Union member-countries against various impacts of climate change.

Maïdou joined the regional executive board of Allianz Africa as the COO in February 2017 and she is responsible for the development of the company’s businesses across Africa. She is also a non-executive member of the board of Allianz Global Corporate & Specialty (AGCS) Africa, where she previously served as the chief executive officer.

Allianz Africa currently operates in 13 countries across the continent, including Cameroon, Congo, Ghana, Kenya, Madagascar, Morocco, Nigeria and Senegal. Allianz Africa provides micro-insurance for up to 500,000 low-income families and individuals in Africa. It posted a total of €588 million revenue across its regional offices in 2018.