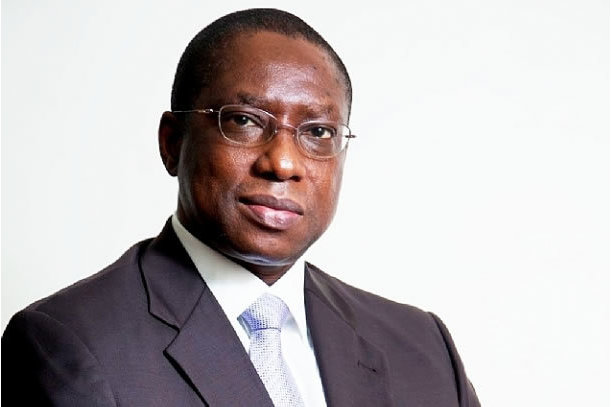 Samuel Ashitey Adjei is credited with transforming Ecobank Ghana into the most profitable subsidiary in the Group.

Ecobank Transnational Incorporated (ETI), a leading pan-African banking group, has appointed Samuel Ashitey Adjei as its Managing Director for the Group’s operations in the Central, Eastern, and Southern Africa (CESA) region. This region consists of 18 subsidiaries of ETI.

Adjei, who is a Ghanaian national, is currently the Managing Director of Ecobank Ghana and Regional Executive for ETI’s West Africa Monetary zone. He will step down from these positions on the March 30th, 2016, to assume his new position.

In a press statement released on Tuesday, ETI said Adjei is credited with transforming Ecobank Ghana into the most profitable subsidiary in the Group. Adjei was named Managing Director for Ecobank Ghana in 2006 and he grew the bank’s branch network from eight to 78.

“Over the last several years, and more so in the last 10 years, as Managing Director, Sam has taken our Ghana subsidiary to unprecedented leadership heights, and has given us a franchise that is well positioned for continued and sustainable success,” said Ade Ayeyemi, ETI’s Group CEO.

“We are confident that Sam will exemplify this success in his new role as Regional Executive for our newly created CESA Region.”

“I have spent the last 25 years of my life, contributing to and helping to build this great institution of ours – Ecobank,” Adjei said. “But the real credit goes to the many great men and women alongside whom I have worked in Ecobank Ghana, the West African Monetary Zone region, and Ecobank overall.”