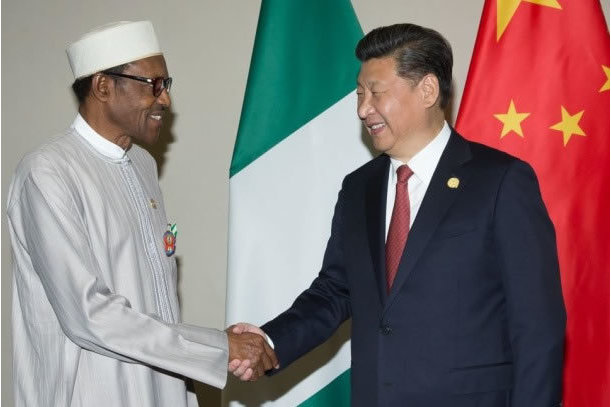 The Chinese government has promised to fully support Nigeria through infrastructural development and capacity building.

Nigeria’s Minister of Foreign Affairs, Godfrey Onyema, stated on Tuesday that the Chinese government has offered Nigeria up to $6 billion in loans to fund infrastructure projects across the country. Onyema made the announcement after a meeting between President Muhammadu Buhari and his Chinese counterpart, Xi Jinping, in Beijing.

According a statement also released on Tuesday, Garba Shehu, Senior Special Adviser on Media to the Nigerian President, said the Chinese government has promised to fully support Nigeria through infrastructural development and capacity building.

The SSA on Media also said China has expressed an interest in setting up major projects in Nigeria such as refineries, power plants, mining companies, textile manufacturing and food processing industries as soon as the enabling environment is provided by the Federal Government.

Following his meeting with Jinping, Buhari directed that technical committees be immediately established to finalize discussions on new Nigeria-China joint projects in rail, power, manufacturing, agriculture, and solid minerals. The technical committees are to conclude their assignments before the end of May, according Shehu.

China has also offered a $15 million agricultural assistance to Nigeria for the establishment of 50 Agricultural Demonstration Farms across the country to support Buhari's aspiration to make Nigeria self-sufficient in food production.

Nigeria is benefiting from China’s $60 billion development financing for Africa, which President Xi announced in December during a two-day summit of the Forum on China-Africa Cooperation held in Johannesburg.