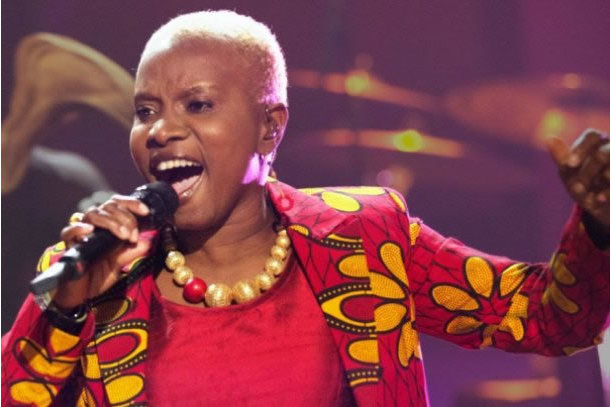 Beninese-born American singer-songwriter, Angélique Kidjo, along with three African youth activist groups have been declared this year’s joint winners of the prestigious Ambassador of Conscience Award for 2016, by Amnesty International.

The activist groups are Y’en a marre from Senegal, le Balai Citoyen from Burkina Faso and Lutte pour le Changement (LUCHA) from Democratic Republic of Congo.

According to a statement by Amnesty International on Tuesday, the Ambassador of Conscience Award celebrates individuals and groups who have shown exceptional courage standing up to injustice, used their talents to inspire others and have furthered the cause of human rights. The human rights advocacy group said the winners have fulfilled these criteria.

“Angélique Kidjo and the members of Y’en a marre, le Balai Citoyen and LUCHA have all proved themselves to be bold advocates for human rights, using their talents to inspire others,” said Salil Shetty, Amnesty International’s Secretary General.

In Angélique Kidjo’s 30-year career in which she has produced 12 albums, Amnesty International said she has been a prominent campaigner for freedom of expression and for the education of girls in Africa, as well as against female genital mutilation.

“I have always tried to use my voice – singing and spoken – to fight injustice and inequality. Amnesty International’s work throughout the years has been so courageous and extraordinary that receiving the Ambassador of Conscience award is intimidating to me! The award will energize me to stay outspoken about the crucial human rights issues of our time,” said Angélique Kidjo.

Y’en a marre (meaning Fed Up) is a group of Senegalese rappers and journalists who joined forces in January 2011 to encourage young people to register to vote in the country’s election and exercise their right to freedom of expression. Three of the group's founders were arrested in February 2012 for helping to organize a peaceful sit in protest against the government at that time. They have remained active since the election, hosting meetings and urging the new government to implement promised reforms

Le Balai Citoyen (meaning The Citizen's Broom) is a Burkinabe political grassroots movement committed to peaceful protest. It was co-founded in 2013 by two musicians, reggae artist Sams’K Le Jah and rapper Smockey (Serge Bambara). The group has voiced concerns about a range of issues, from land grabs to power cuts, and mobilized people to claim their rights and fight impunity. Under the slogan “after your revolt, your vote,” the group ran political education schools in a bid to enhance the voter registration rate among youths ahead of last November’s elections.

The Congolese LUCHA is another community-based youth movement committed to peaceful protest that was created in Goma, eastern DRC, in 2012. Its activism focuses on social issues, human rights and the protection of civilians from armed groups. LUCHA advocates for social justice and democratic governance through non-partisan and non-violent actions.

Angélique Kidjo and the youth activist groups will be honoured at the awards ceremony in Dakar, Senegal, on May 28.