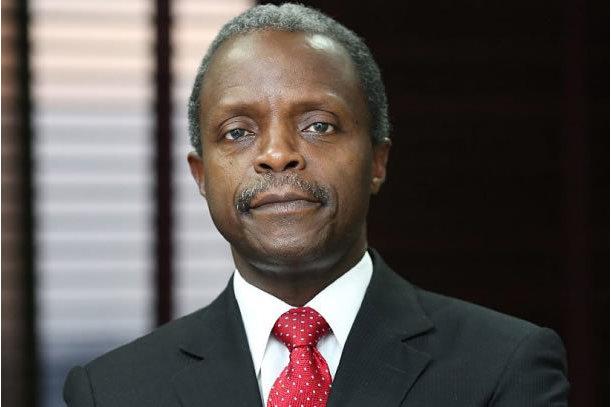 With the commencement of the CCT, the federal government said it is now implementing all four of its flagship social investment programmes for poor and vulnerable Nigerians.

The Federal Government has commenced the implementation of its Conditional Cash Transfer (CCT) payments to beneficiaries in nine states, according to a progress report posted on the Facebook page of Vice President Yemi Osinbajo on Monday. The nine pilot states are Borno, Kwara, Bauchi, Cross River, Niger, Kogi, Oyo, Ogun and Ekiti.

According to the report, funds for the commencement of the CCT payments in four states were released last week to the Nigeria Inter-Bank Settlement System (NIBSS) – which is the platform that hosts and validates payments for all government’s social intervention programmes. Disbursements to the remaining five states in the first batch of nine states are expected to follow soon.

Last year, the federal government allocated N500 billion in the 2016 budget for the implementation of its social welfare agenda. The government has also budgeted the same amount for social programmes in the 2017 budget.

Osinbajo said the nine pilot states were chosen because they have an existing social register that identifies the most vulnerable and poorest Nigerians in their localities through a community-based targeting method designed by the World Bank. However, the vice president said other states have already begun developing their social registers and would be included in subsequent phases of the CCT implementation.

With the commencement of the CCT, the federal government said it is now implementing all four of its flagship social investment programmes for poor and vulnerable Nigerians. The other three programmes are: N-Power Volunteer Corps, which is designed to hire half a million unemployed graduates; the National Homegrown School Feeding Programme, which aims to provide meals to school children; and the Government Enterprise and Empowerment Programme (GEEP), which provides soft loans ranging from N10,000 to N100,000 for artisans, traders, market women, amongst others.

Regarding the N-power programme, the vice president said about 200,000 beneficiaries have now been physically verified and they have started receiving their monthly stipends of N30,000 each last week. A second batch of 300,000 unemployed graduates are expected to be selected early this year to make up the half a million target set by the Buhari administration, he said.

Under GEEP, the vice president said thousands of cooperatives, market women associations, farmers and enterprising youths have been identified and registered. And the disbursement of the soft loans through the Bank of Industry commenced since November 25th last year.

As for the National Home-grown School Feeding programme, Osinbajo said funding challenges had hindered the take-off of the programme in the initial 18 pilot states. However, the vice president said the programme has now commenced in Osun, Kaduna, and Anambra States, with more states expected to join this year. The first phase of the programme aims to feed 5.5 million school children for 200 school days, Osinbajo said.