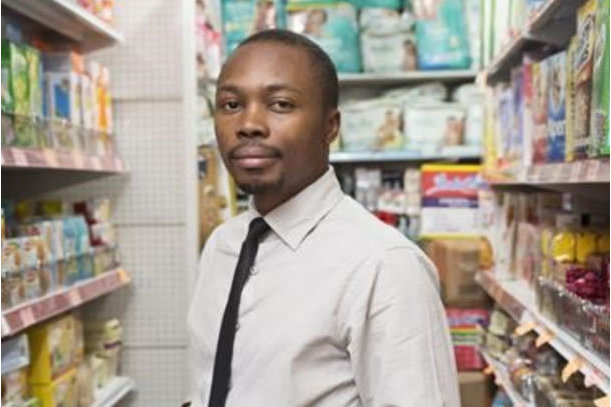 Oscar Ekponimo is among 10 winners of the Rolex Awards for Enterprise 2016, the 40th anniversary year of the programme.

Nigerian software engineer and Founder of Chowberry, Oscar Ekponimo, is among 10 winners of the Rolex Awards for Enterprise 2016, the 40th anniversary year of the programme. The winners, also called Laureates, were recognized at a ceremony, which held at the Dolby Theatre in Los Angeles on Tuesday night, according to a statement released yesterday.

Ekponimo’s Chowberry is a cloud-based application that is promoting sustainable food systems. The application automates the monitoring of food products approaching the end of their shelf-life and generates notifications to food retailers, allowing them to offer discounts to charities, thereby helping to alleviate hunger in the country. The Founder of Chowberry, who is 30 years old and a graduate in computer science from the University of Calabar, was among the Young Laureates. According to the swiss luxury watchmaker, the awards comprised of five Rolex Laureates (achievers above 30) and five Young Laureates (achievers under 30).

The Rolex Awards are an international philanthropic programme that supports new and ongoing projects by individuals taking on major challenges to benefit mankind. The programme has reportedly served as a benchmark for corporate philanthropy the world over for four decades. The awards were launched in 1976 to observe the half-century celebration of the iconic Rolex Oyster chronometer, the world’s first waterproof wristwatch.

Ekponimo and the other nine winners joined 130 Laureates who received the awards over the past 40 years at the Hollywood landmark centre, the venue of the Academy Awards. He is also one of two African winners in 2016, the other being 29-year-old Sarah Toumi, a Tunisian who is spearheading a grass-roots initiative, Acacias for All, in Tunisia, to fight the country’s desertification caused by climate change and reduce poverty among farmers through reforestation and planting of crops that are more suited to a lower rainfall. She also runs a non-governmental organization to help women and youth realize their potential.

“We are celebrating a very significant occasion in the history of the Awards and in the history of Rolex,” said Rebecca Irvin, Head of Philanthropy at Rolex. “What better place to pay tribute to this enterprising spirit and the pioneering work of the 10 Rolex Awards winners than a city – Los Angeles – that embraces diversity and innovation.”

The other 2016 laureates are Andrew Bastawrous, a British ophthalmologist whose smartphone-based portable eye examination system, Peek Vision, is radically changing eye care in sub-Saharan Africa and other poor regions. Working in partnerships, Bastawrous and his team have trained lay people such as teachers and community volunteers to screen for vision problems, blindness and other eye diseases, enabling accurate diagnosis and treatment. Kerstin Forsberg is 32-year-old Peruvian biologist protecting giant manta rays by helping fishermen pursue ecotourism as an alternative income source and training them alongside ecotourists to collect data on the distribution and abundance of this species.

Vreni Häussermann, is a 46-year-old Chilean/German exploring Chilean Patagonia’s fjords to document the unknown and unique life at the bottom of the sea. She is also raising awareness about the damaging effects of current human activities on marine ecosystems to engage the public and decision-makers in setting up a science-based network of marine protected areas. Conor Walsh is a 25-year-old Irish mechanical and biomedical engineer, based at Harvard University, who is tackling the mobility problems of stroke sufferers and others by developing a soft robotic suit that can be worn under clothes to enable physically impaired people to walk without assistance.

Sonam Wangchuk is a 50-year-old Indian who is a Ladakhi engineer. He is solving the problem of a lack of water for agriculture in the desert landscapes of the western Himalayas by building “ice stupas”. He intends to build up to 20 ice stupas, each 30 metres high and capable of supplying millions of litres of water.

29-year-old Joseph Cook is a pioneer in the field of glacial microbiology. The Briton, through his Ice Alive mission, is exploring polar ice microbes in the vast “frozen rainforest” of the Greenland ice sheet and communicating how these microbes influence climate, nutrient and carbon cycles, and other aspects of our world and its systems. Christine Keung is a 24-year-old American who is empowering women in north- western China, where her family originated. She is working with doctors and industry to reduce water and soil pollution, acting as environmental stewards and agents of change.

29-year-old Japanese, Junto Ohki, is improving communication among hearing-impaired people worldwide by expanding a crowdsourced, online sign-language database dictionary called SLinto. The database aims to bridge the gap between the 126 extant sign languages and become a global platform for all existing and new signs.