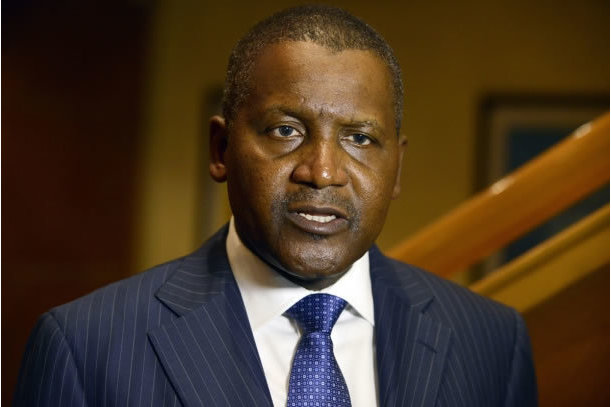 Dangote Cement's selling and distribution expenses in the half-year period between January and June of this year, declined by 3.3 per cent, compared to the same period in 2019.

Dangote Cement Plc, Africa's largest cement producer, has released its Interim Financial Statements for the three-month and six-month period ended June 30, 2020, showing a profit after tax of N126.1 billon, a 5.8 per cent year-on-year increase compared to the same period in 2019.

The company's financial report, released Friday on the website of the Nigerian Stock Exchange (NSE), also shows 2 per cent growth in revenue to N476.9 billion in the same period. Dangote Cement reported topline and bottom-line growth despite witnessing a reduction in sales volumes of both cement and clinker in the second quarter of this year due to Covid-19 restrictions across the African countries where it operates.

The company said due to the restrictions, its sales volumes dropped by 1.5 per cent to N12.1 million tonnes compared to the end of June last year. However, Dangote Cement's selling and distribution expenses in the half-year period between January and June of this year, declined by 3.3 per cent, compared to the same period in 2019.

Having considered the impact of Covid-19 on its Pan-African operations, the company said it has concluded that no material adjustments are required on the assets and liabilities as a result of the pandemic.

Dangote Cement's latest financial report shows a decline in net assets of 17.7 per cent from N897.9 billion as of December 31, 2019 to N739.4 billion reported by the end of June this year. The company’s earnings per share were up 6.3 per cent to N7.45 in the current review period.

The company said in February that it had nearly 46 million metric tonnes per annum (mta) production capacity across Africa, and a capacity of 29.25 mta in Nigeria. Dangote Cement’s stock price rose by 10 per cent – the maximum allowed on the NSE – on Thursday to N134.20 per share, but remained flat on Friday.