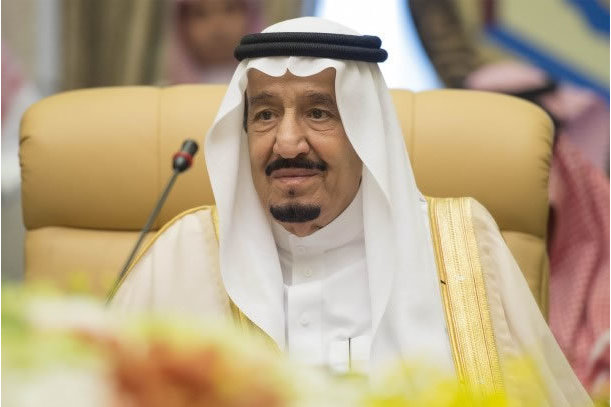 The Cabinet of the Kingdom of Saudi Arabia, the world’s largest exporter of oil, has approved an ambitious plan to end the country’s dependence on crude oil.

In a televised address on Monday, King Salman bin Abdulaziz, King of Saudi Arabia, announced the Cabinet’s approval of the economic plan, tagged Saudi Vision 2030, calling on his 29 million subjects to work together to ensure its success.

The plan involves the creation of a sovereign wealth fund, with over $2 trillion in assets; the privatization of state-owned companies, including Saudi Aramco, the national oil company; tax increases and subsidy cuts. The package of reforms was planned with benchmark oil prices at $30 per barrel.

The King’s son, Prince Mohammed Bin Salman, gave the details of the reforms in a pre-recorded interview, which aired shortly after the King’s announcement on the state-owned broadcaster. He also held his first news conference with international journalists at a palace event in Riyadh, the nation’s capital.

"We have developed a case of oil addiction in Saudi Arabia," said Prince Mohammed, who is the Deputy Crown Prince and the Minister of Defense. “It has delayed development of other sectors.”

To achieve this, the 30-year-old prince said the kingdom will sell about 5 percent stake in Saudi Aramco via an initial public offering. The ownership of the company will be transferred to the state’s Public Investment Fund (PIF), which will be bolstered into a sovereign wealth fund for domestic and foreign investments.

Saudi Aramco, the world’s largest oil company, has proven oil reserves of about 268 billion barrels of oil or 16 percent of global oil deposits. The company produces over 10 million barrels of oil per day, rising to 12 million barrels per day at full capacity. Aside from exploration and production assets, Saudi Aramco also has huge refining and petrochemical assets in Saudi Arabia and outside the Kingdom. Oil revenues generated by the national oil company account for 90 percent of the kingdom’s annual budget.

"After the IPO, the Aramco board can take its own decisions. We expect the valuation to be more than $2 trillion. In addition to that, there are other assets that will be added to the fund, and part of it is already added,” said Prince Mohammed, who is also Chairman of the Council of Economic and Development Affairs, the most powerful policy-making institution in Saudi Arabia.

"People used to be unhappy that files and data of Aramco are undeclared, unclear and not transparent. Today, they will be transparent. If Aramco gets IPO-ed, that means it has to announce its statements of accounts.”

The prince said the listing and addition of Aramco and its subsidiary companies to the PIF will transform it into “a global investment fund with a size of up to $3 trillion dollars.”

Under the Vision 2030, Saudi Arabia will modernize its education curriculum, moving away from strict religious teachings to preparing students for a modern economy.

The plan also seeks to increase women’s participation in the labour force from 22 percent to 30 percent by 2030, raise the share of small and medium-scale enterprises from 20 percent of GDP to 35 percent, and reduce unemployment from 11.6 percent to 7 percent.

Rules that impede foreign investment will be eased and a “green card” system will be launched in five years to allow expatriate Arabs and Muslims to live and work long-term in Saudi Arabia. Tourism – apart from the annual hajj pilgrimage – and mining will be enhanced to raise more revenues.

A holding company for military industries will be set up to assemble half of the country’s defense equipment internally, Prince Mohammed said.

After the reforms were announced on Monday, the Tadawul All Share Index – the main index of the Saudi stock market – rose 2.5 percent, the highest increase in eight months.