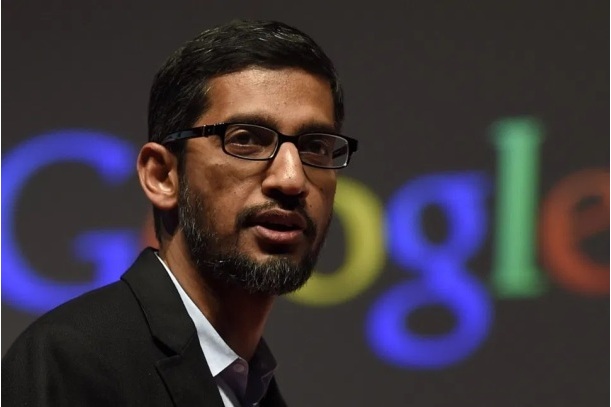 Google and the International Finance Corporation (IFC) released a new report on Wednesday showing the rising potential of Africa’s internet economy. The e-Conomy Africa 2020 report, sent to Financial Nigeria by IFC, estimates Africa’s internet gross domestic product (iGDP) will be worth $180 billion by 2025, representing 5.2 per cent of the continent’s total GDP.

According to Google and IFC, the internet economy in Africa is transforming development on the continent by fostering economic opportunities, creating jobs, and providing innovative solutions to complex challenges, like access to healthcare, education, and finance. The new report projects the continent’s iGDP – defined as the internet’s contribution to total GDP – to reach $712 billion by 2050, or 8.5 per cent of GDP.

One of the factors driving the growth of the iGDP is a rapidly expanding urban and mobile population. Internet penetration in Africa is currently at 40 per cent and is expected to increase by 11 per cent over the next decade. According to the report, a 10 per cent increase in mobile internet penetration can increase GDP per capita by 2.5 per cent in Africa, compared with 2 per cent globally.

Increased access to faster and better-quality internet connectivity is also fueling economic growth on the continent. The report said technology companies are continuing to improve African connectivity by expanding their undersea cable networks. The first phase of Google’s new submarine cable, Equiano, is expected to be completed in 2022, connecting Portugal and South Africa.

Facebook and a number of telcos are also building a submarine cable project for Africa that is expected to go live in 2023/4. Earlier this week, Orange launched an undersea cable and terrestrial fibre-optic network for West Africa.

According to Google and IFC’s e-Conomy Africa 2020 report, Africa is home to 700,000 developers, out of which 85,000 (12 per cent) are in Nigeria. The report shows South Africa has the largest pool of tech talents on the continent with 120,000 (17 per cent) developers. The young and fast-growing tech talent is also among the factors driving the continent's vibrant internet economy.

“Google and IFC have created this report to highlight the role the digital startup sector is playing and other factors driving the continent’s growth, in order to showcase and support the opportunities the continent presents,” said Google Africa director, Nitin Gajria.

Venture capital funding for startups has increased year-on-year for the past five years, with a record $2.02 billion in equity funding raised in 2019, according to Partech Ventures Africa. The first half of 2020 closed with $493.5 million of total funding on the continent.

According to the Google and IFC report, a variety of sectors are leading the way in Africa’s digital transformation. For example, fast-growing sectors contributing to the continent’s iGDP include fintech, healthtech, media and entertainment, e-commerce, e-mobility, and e-logistics.

The report said Nigerian companies dominated fintech investments in 2019, with Interswitch receiving $200 million in equity funding from Visa – an investment that helped the payment processing company to achieve a unicorn status. The report also highlights the role of Interswitch in transforming the infrastructure for the banking system in Nigeria. Paystack, a Nigerian fintech company that is also helping to address infrastructure challenges in Africa, made the headlines last month with its acquisition by the American tech company, Stripe, for over $200 million.

Google and IFC also highlighted in the report the important role new government policies and regulations are playing in supporting Africa’s digital growth. For example, the creation of the African Continental Free Trade Area (AfCFTA) is described as a pro-innovator regulation.

“The digital economy can and should change the course of Africa's history," said Stephanie von Friedeburg, Interim Managing Director, Executive Vice President and Chief Operating Officer of IFC. "This is an opportune moment to tap into the power of the continent’s tech startups for much-needed solutions to increase access to education, healthcare, and finance, and ensure a more resilient recovery, making Africa a world leader in digital innovation and beyond.”

Notwithstanding the growth of Africa’s iGDP, the report noted that access to early stage and pre-seed funding is still lacking across most of the continent. In a 2019 survey, 82 per cent of African startups reported difficulties in accessing funding. Key issues include insufficient seed funding, limited follow-on funding, and a lack of angel investors. Google and IFC said investment in digital skills will also need to increase in order to help drive technology usage and continue to grow the continent’s talent pool.