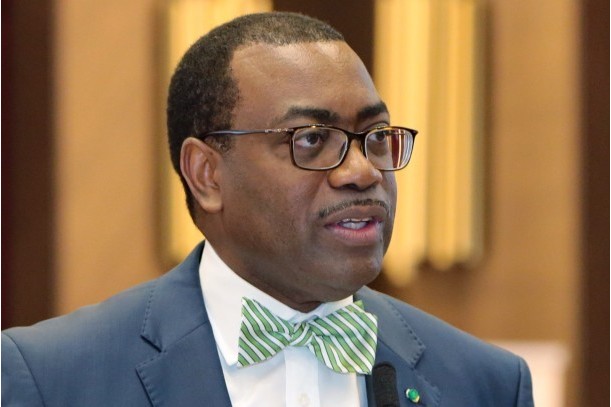 Economic activity in Africa is expected to recover in 2021 after last year’s recession – the worst in half a century – according to the African Development Bank (AfDB). The multilateral development bank launched its 2021 African Economic Outlook (AEO) on Friday during a high-level virtual event that was attended by senior policymakers, economists, and private sector practitioners.

Real GDP in Africa is projected to grow by 3.4 per cent in 2021, after contracting by 2.1 per cent in 2020 due to the havoc wreaked by the COVID-19 pandemic. The 2021 outlook is, however, subject to uncertainty from both external and domestic risks. Among these risks is Africa's rising debt profile, which AfDB’s President Akinwumi Adesina said is unsustainable.

"The amount of debt we have right now... is not sustainable," Adesina said, adding that the structure of debt on the continent is even more alarming.

Themed, From Debt Resolution to Growth: The Road Ahead for Africa, the 2021 AEO report focuses on debt resolution, governance, and growth in Africa. It explores the causes and consequences of Africa’s debt dynamics and proposes reforms to improve the processes of debt resolution and achieve sustainable growth.

Joining the AfDB president in the conversation today was Nobel laureate in economics and Professor at Columbia University, Joseph E. Stiglitz, who agreed with Adesina, saying the debt situation is extremely concerning. The American economist said debt forbearance, which some countries received last year from international creditors, was no longer enough.

"We need debt restructuring," Stiglitz said, as he called for better international frameworks for managing debt. While debt forgiveness should be an option, the economist said the problem with that is "you’re not likely to get the private sector to engage."

While calling for debt relief for African countries, Adesina said there is a need for an African economic stabilisation mechanism to deal with African debt. He and other speakers argued that the COVID-19 shocks provide a strong rationale for the international community to deliver significant debt relief — especially for the poorest African countries — to avoid another “lost decade.”

Other panelists at the event were Governor of the South African Reserve Bank, Lesetja Kganyago; Governor of the Bank of Ghana, Ernest Kwamina Yedu Addison, Angolan Secretary of State for Budget and Public Investments, Aia-Eza Nacilia Gomes da Silva; and President of the Center for Global Development (CGD), Masood Ahmed.

Ahmed said China is the biggest bilateral lender to Africa and must be brought into the debt discussions. Da Silva called for fiscal disciple, saying "debt forgiveness is ideal but there are concerns that countries don't change bad policies." In this regard, the speakers said African countries need to do their share by eradicating all forms of leakages in public resource management.

Apart from debt relief, the new AEO states that the projected recovery in 2021 will be underpinned by a resumption of tourism, a rebound in commodity prices, and the rollback of pandemic-induced restrictions. The report also says about 30 million Africans were pushed into extreme poverty in 2020 and it estimates 39 million Africans could fall into extreme poverty this year.

According to Adesina, "We're looking at growing back with greater economic resilience.... and making sure that growth is inclusive of young people and women."