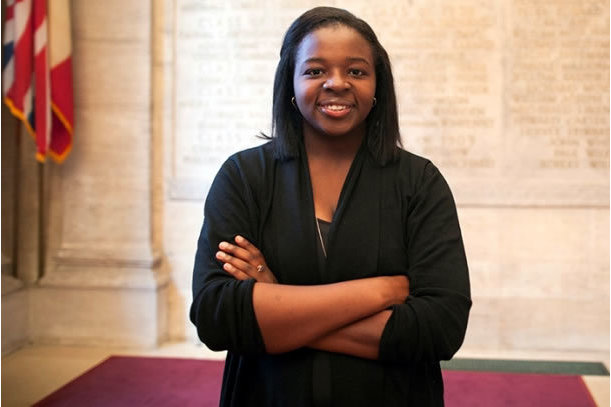 Outgoing president of the Harvard Law Review, Michael L. Zuckerman, says he is excited to see where Umana will take the publication in the coming year.

Established by Louis D. Brandeis in 1887, the Harvard Law Review is one of the most cited and oldest student-edited law journals in the United States. 24-year-old Umana takes over the helms of the HLR from Michael L. Zuckerman, the outgoing president.

In an email to the Harvard Crimson, a daily student newspaper of Harvard University, Zuckerman said he is excited to see where Umana will take the publication in the coming year.

“Imeime's election as the Law Review's first female black president is historic,” Zuckerman wrote. “For a field in which women and people of color have for too much of our past been marginalized or underrepresented, her election is an important and encouraging step toward a richer and more inclusive legal conversation.”

Born to Nigerian immigrant parents originally from Akwa Ibom State in Nigeria, Umana is a resident of Harrisburg, Pennsylvania, United States. Umana graduated with a BA in Joint Concentration in African American Studies and Government from Harvard University in 2014. She is currently working on a Doctor of Law degree (Class of 2018) at the Harvard Law School.