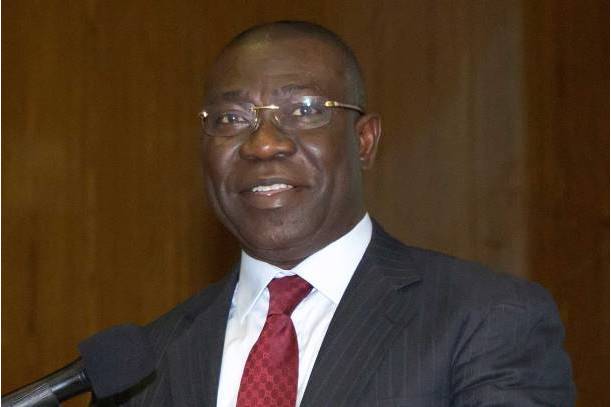 Deputy Senate President, Ike Ekweremadu (PDP, Enugu), asked the Senate to consider reviewing the oil benchmark to $40 for the 2016 budget because the $38 proposal was too conservative.

Nigerian senators expressed differing opinions on Wednesday over the $38 oil price benchmark proposed in the Medium Term Expenditure Framework (MTEF) and Fiscal Strategy Paper submitted to the Senate by President Buhari on Monday.

Deputy Senate President, Ike Ekweremadu (PDP, Enugu), asked the Senate to consider reviewing the oil benchmark to $40 for the 2016 budget because the $38 proposal was too conservative.

“I like to suggest that the senate consider an oil benchmark of $40. I’m sure that this will help cushion the problems we have in the states,” he said.

However, Adamu Aliero (APC, Kebbi), opposed Ekweremadu’s proposal, saying it was unrealistic given the fact that global oil prices are projected to fall further in 2016.

“I therefore recommend we take it to $35 per barrel,” Aliero said.

The contribution of value added tax (VAT) to the revenue target of N3.82 trillion would rise to N67.7 billion from the N67.5 billion projected in 2015.

Speaking during the Senate debate, Ben Murray-Bruce (PDP, Bayelsa) said the federal government should borrow massively to industrialize the nation and develop infrastructure.

“It does not matter the party [the budget] comes from; what is important is that we develop,” he said.

According to the MTEF, N350.3 billion is projected as recoveries from misappropriated funds.

The Presidential Amnesty Programme will also be funded with N20 billion in 2016, down from N63.2 billion budgeted in 2015.

In his remarks, Peter Nwaoboshi (PDP, Delta) said the Senate should be aware of hidden things in the MTEF such as removal of the kerosene subsidy, the reduction of the National Assembly budget, and the reduced funding to the Niger Delta amnesty progamme.

“The fall-out of the Bayelsa election showed that militants still existed. Thus, the federal government should jettison any plan to cut its commitment to the amnesty programme,” he said.