There is investor interest and attention on Nigeria - MITI Minister 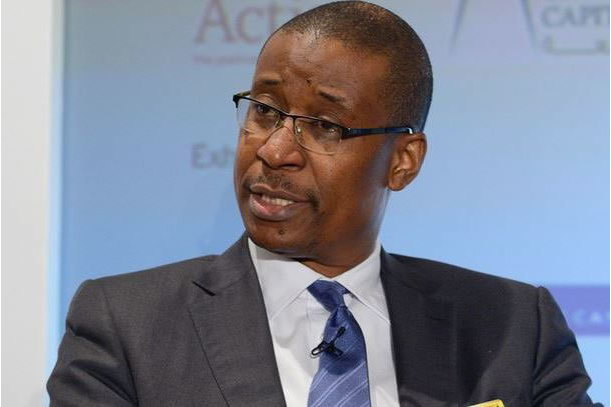 He acknowledged that these are extraordinary times for Nigeria as a country, for its citizens, and for the government.

The Minister of Industry, Trade and Investment, Dr. Okechukwu Enelamah, said on Thursday that he and his team are working to reposition the Ministry as an enabler and facilitator of business and investment in Nigeria.

During his inaugural press briefing today at the Bank of Industry (BoI) in Lagos, Dr. Enelamah outlined the vision for the Ministry of Industry, Trade and Investment (MITI). According to him, the four pillars of the vision he and his team have defined are, Create an enabling environment for industry, trade and investment in Nigeria; Implement the Nigeria Industrial Revolution Plan (NIRP); Champion the cause of Nigeria’s medium, small and medium-scale enterprises (MSMEs), as a means of creating jobs and achieving inclusive growth; Attract proactively long-term local and foreign investment.

Over the last three months since he was sworn into office, the Minister said one of his first official outings as Minister was to represent Nigeria at the World Trade Organisation Ministerial Conference in Nairobi, Kenya, to discuss Nigeria’s place in the global multilateral trading system. He said he signed, on behalf of Nigeria, an important bilateral agreement on Trade Promotion and Protection during a recent trip to the United Arab Emirates.

"There continues to be a great deal of investor interest and attention on Nigeria," the Minister said. "This is good news given the difficult macroeconomic environment in which we find ourselves.

"I am however also convinced that we should never take this interest and attention for granted, and that we should see it as a timely opportunity to carry out a fundamental reform of our economy," the Minister further told his audience which included the press and a group of commerce and trade unions.

He acknowledged that these are extraordinary times for Nigeria as a country, for its citizens, and for the government. Oil prices are down 70 percent over the last 20 months. This has created significant revenue shocks as the government of Nigeria depends on oil for 75 percent of its revenues and 90 percent of foreign exchange earnings.

Dr. Enelamah, who is the former Chief Executive Officer of African Capital Alliance, a leading private equity firm in Nigeria, said the country’s macroeconomic environment has also been impacted by other global factors such as the slowdown in China's economy and the end of the bond-buying programme of the United States, which has resulted in net outflow of investment from emerging markets.

"Last year our GDP growth dropped to under 3 percent – the lowest in fifteen years – from an average of more than 6 percent in the decade between 2005 and 2014. Our foreign exchange reserves are down to their lowest levels in more than a decade," Dr. Enelamah said.

The Minister – who oversees the Ministry with a remit that covers business registration, intellectual property protection, product quality and standards, consumer protection, MSME support, and the promotion of investment, exports and industry – said the country must find ways to harness the entrepreneurial energy and zeal of Nigerians to enable us overcome our challenges.

“We would like Nigerians and the world to regard MITI as the ‘Ministry of Enabling Environment’,” Dr. Enelamah added. He said the enabling environment would be one that has stable macroeconomic conditions, consistent and predictable policies. The ease of doing business is also a critical attribute for an enabling environment that Ministry would promote, according to the Minister.

But given Nigeria’s huge infrastructure deficit, the Minister said the Ministry’s approach to attracting investments will be driven by a ‘Public-Private Partnership’ (PPP) agenda. “Partnering with Private Capital is clearly the most sensible approach to financing our substantial ambitions. But this must be long-term partnerships, given the scale of Nigeria’s infrastructure deficit,” he said.

He said Nigeria’s industrialization ambition is hinged on the Nigerian Industrial Revolution Plan (NIRP), which was launched by the previous government in 2014. Based on the success of its implementation over the last couple of years, especially in terms of the backward integration policy in the cement industry, the sugar industry is currently trying to replicate that success. The MITI, the Minister said, will continue to engage the Automotive, and Cotton, Textile and Garment (CTG) industries, to see how industrial policy can be better implanted to create jobs, profits and prosperity.

To be open for business, the MITI has made efforts to develop a culture to be responsive and supportive to entrepreneurs and MSMEs. The ministry has created multiple channels of communication including social media account: @TradeInvestNG on Twitter, and ‘FMITINigeria’ on Facebook. It is currently working on revamping its official website.